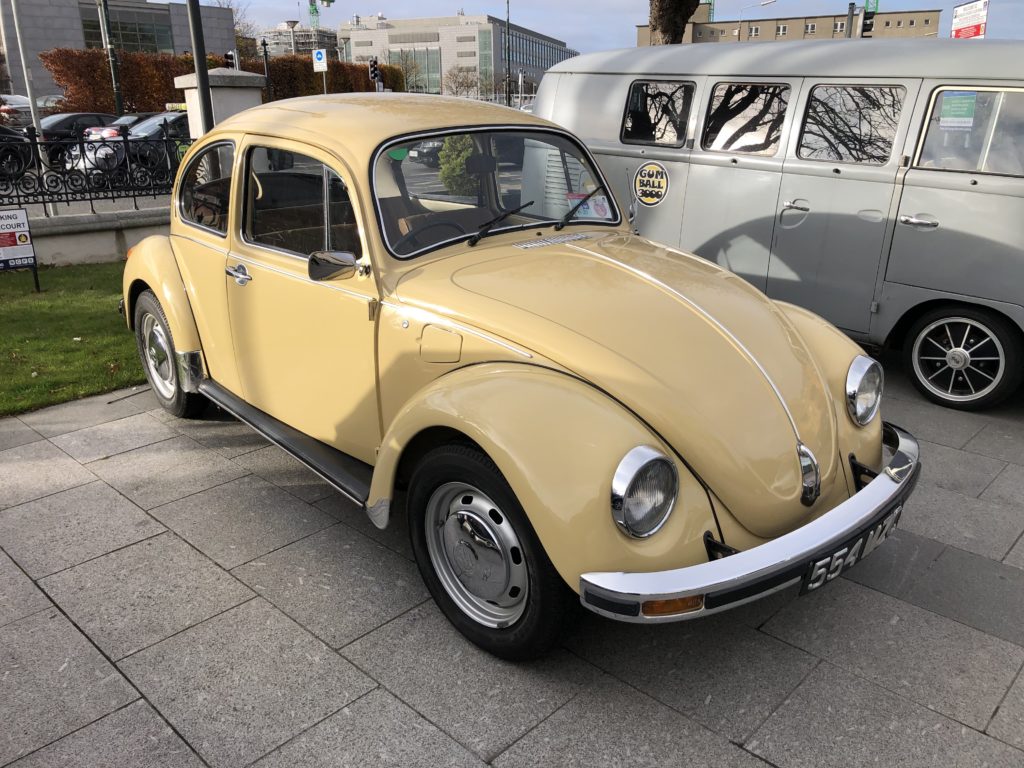 This beautiful Beetle is one of the last Beetles sold in Ireland and certainly one of the few with a 1978 chassis number. It has been in the same family since pretty much new and they have no intention of saying goodbye to their pride & joy.

It was built as a 1200L or Deluxe Beetle in MDL in late 1977, mid December to be exact and so it was assigned a 1978 chassis number. It was finished in Dakota Beige (L13A) and like all of the last Beetles built in Ireland, it was fitted with a 1200cc engine. In January 1978 it was loaded onto a truck and delivered to Grange Motors in Dublin. In February 1978 the Beetle was sold and registered with its Dublin registration 554 MZC making it one of the last Beetles to be built and sold in Ireland.

As a young teenager I was on holidays in my aunt’s house in Dublin which was just down the road from this car. Back then I couldn’t get enough of Beetles so when I saw this Beetle parked outside their house I called in and asked if I could wash it and the young lady handed me the keys. That’s all good and well but I was too young to drive! I wasn’t about to let a small matter of no licence stop me from driving that stunning Beetle so I hopped in and very proudly drove it to my aunt’s house where myself and my cousin Aidan began washing it. I bought polish in the old Dundrum Shopping Centre but the rain came and we were forced to call it a day after washing it. The following day I went back and brought the Beetle back to my aunt’s where we finished the job and it looked amazing. The Dakota Beige paintwork and the chrome came alive in the sunshine. It’s a fabulous Beetle that still to this day gets lots of love and attention from its very proud owners which is great to see. I’m pretty sure they don’t hand the keys out to just anyone these days!