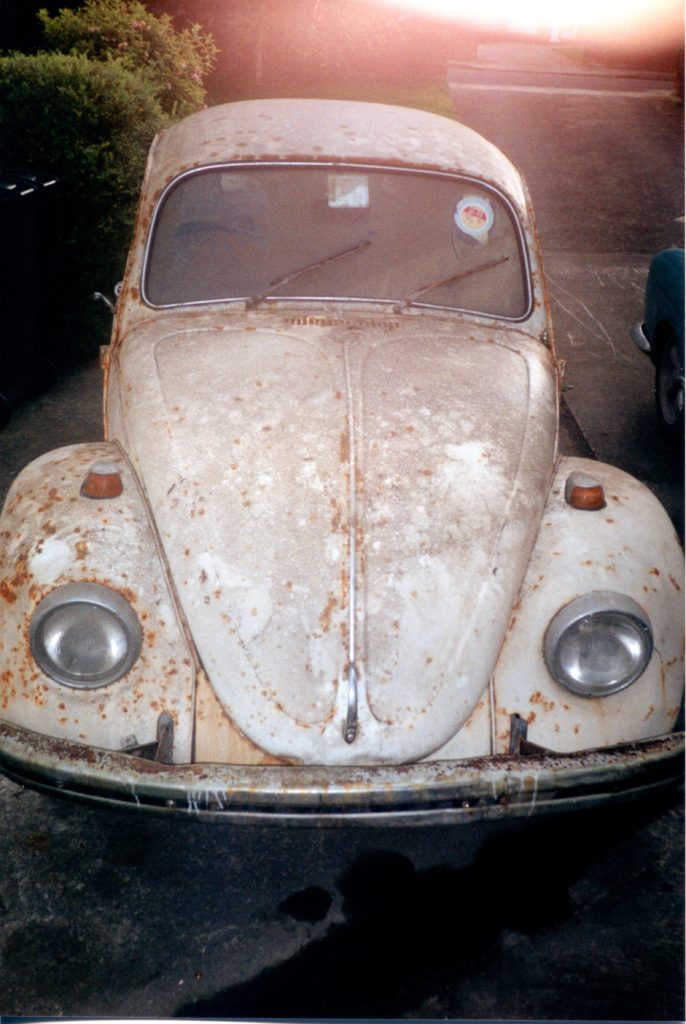 I spotted this Beetle in 1997 when I was driving my Karmann Ghia one Sunday afternoon. It was parked in an open fronted barn in Killaoe in County Clare so I stopped to find out more and thankfully the owners were looking to move it on. They had no interest in the Beetle and they had no paperwork to go with it.

The Beetle itself was a 1970 model but having been imported from Northern Ireland it had a later registration. It was imported in 1976 and was registered in Dublin in June 1976, hence the KYI registration. The Pastel White (L90D) 1200 Beetle Deluxe looked good, in fact it looked really well but it was one of those Beetles that had rotted from the inside out. It was destroyed with rot, presumably from the salt on the UK roads in the winter. There had also been a lot of running repairs carried out over the years which may have kept it on the road in the short term but in reality it did nothing but mask the rust issues which kept eating away at the body as time went on.

There was nothing for it at the time but to strip it of all useful parts and let it go. It offered up an excellent engine, engine lid, all switches and mechanical components as well as one or two panels.