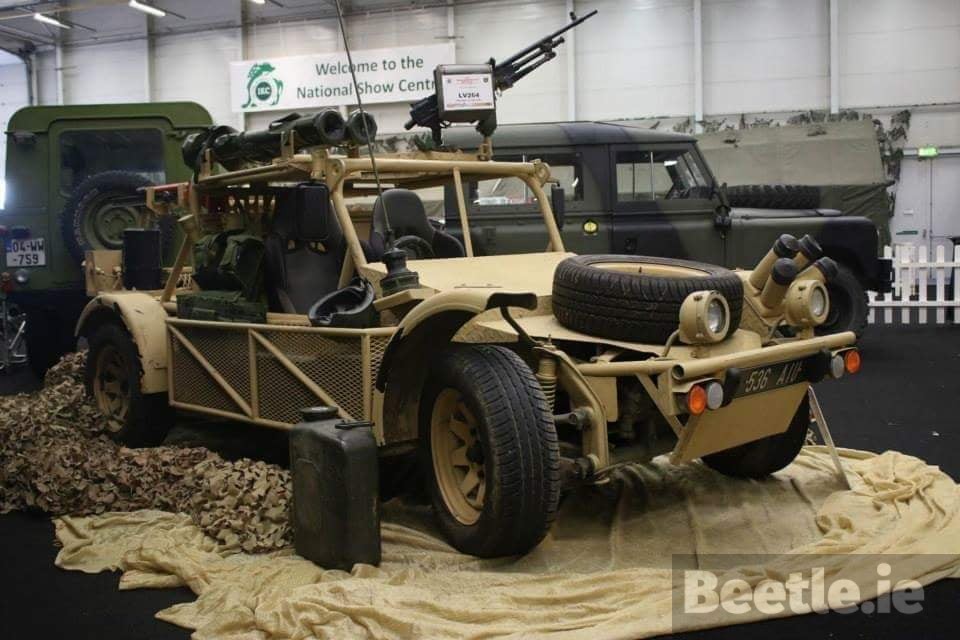 Not too much is known about this County Limerick registered Beetle. This Sahara Beige Beetle was built in Dublin and then sent to The Service Garage on Mulgrave Street in Limerick. It was sold and registered to its first owner who lived in County Limerick, hence the IU registration as opposed to Limerick City which was TI, in the summer of 1975.

536 AIU was photographed outside a Tony Cross’ garage in Limerick city and was in for some regular maintenance and some minor bodywork. Tony was the go-to man for aircooled Beetle repairs in Limerick.

UPDATE 15/2/20: Thanks to Paul Farrelly for submitting the photos of this 536 AIU when it was at Martin Murray’s Eirespares Show in Monard, County Tipperary. The then owner was selling it on the day but we do not know if it sold.

UPDATE 31-8-20: Thanks To Alan Brown, we know what became of old 536 AIU. While the older photos show it was on the gradual slide into oblivion, it was rescued by a man in Meath and given a new lease of life. The body was sadly beyond repair but the chassis was still good enough to build a “sand rail” style buggy from.
After the basic conversion was done, Sean Curtis bought it and with the help of Alan Brown, they set to transforming it from a very bare buggy into a military-style vehicle, taking inspiration from a British fast-attack-vehicle. The built and added on two long baskets to the sides to carry Gerry cans of fuel and other equipment.
Alan says “It came to Sean from a guy who built a few buggy framed pans. We chopped out some bars and replaced a few others and added bits til it looked the part. A lot of parts he had collected from different military shows and auctions over the years for other vehicles in his collection”
“It was spotted at a military show and bought by a guy in Northern Ireland. He’s brought it to the UK several times. I believe he’s still driving it”

I don’t know about you but if a Beetle is beyond restoration, I’m always thrilled to see it put to good use in making a cool vehicle like this military buggy. This is far better than letting it rot into the ground, never to be used again. Well done to Sean and Alan for giving 536 AIU a new lease of life!

Thanks to Alan and Sean for the recent images.