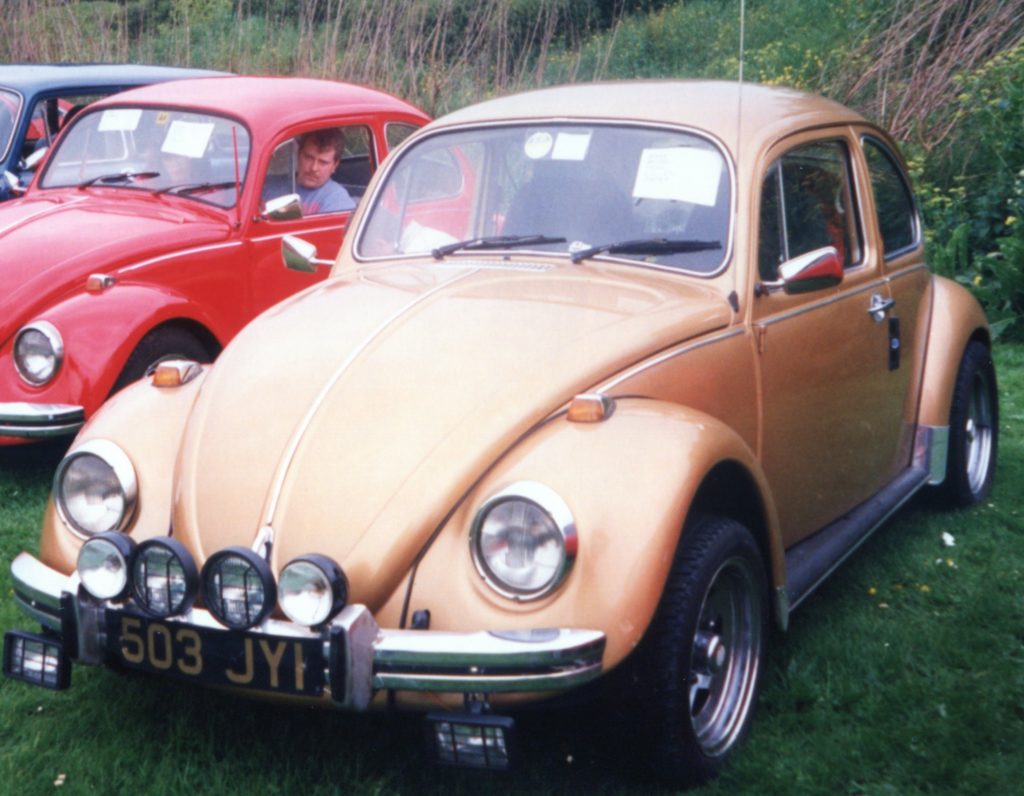 Extras were not something that we saw on Irish assembled Beetles and that includes radios, mudflaps or even safety belts so when we see that someone ordered a metallic gold Beetle back in 1976, that was a big deal for the owner.

This Beetle was photographed by Derek Doyle at the Classic & Vintage Show in Blackrock, Dublin which was held on May 23rd 1993.

There isn’t much known currently about this Beetle but we do know it was finished in Maya Gold Metallic (L98A) and had a 1300cc engine. It was first registered on June 4th 1976 in Dublin. By 1993 the then owner had personalised their Beetle with an array of spotlights, fitted wider chrome wheels as well as fitting front and rear stone guards, finger plates, bonnet handle guard, bumper overriders, a chrome aerial and highback front seats.