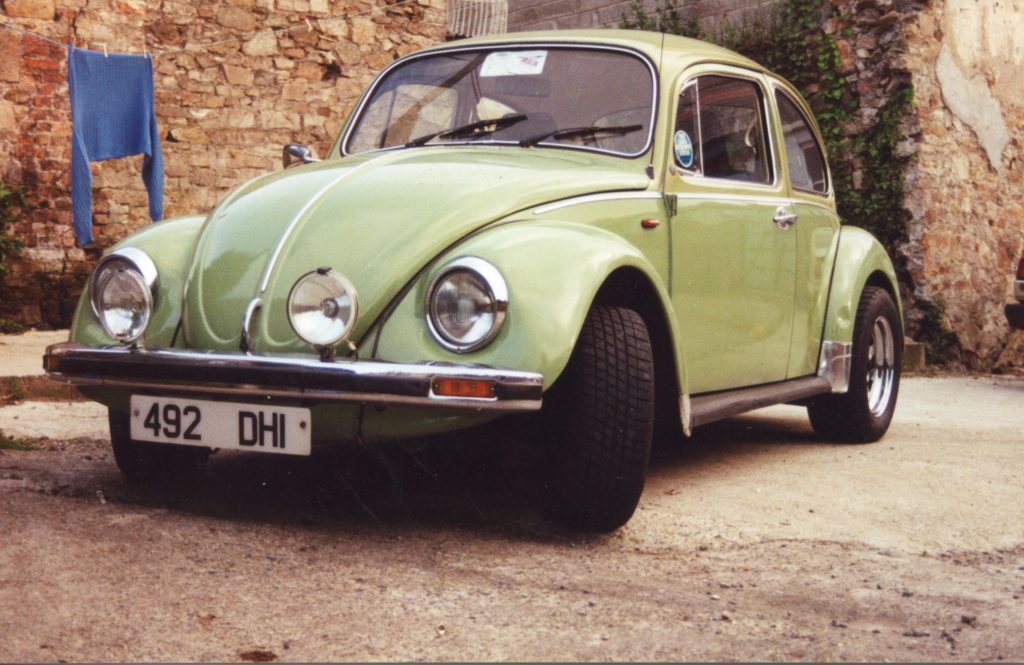 I last saw this Beetle at the 1993 Beetles Reunion in Limerick back in 1993. I believe it was for sale then but I have not seen it since so maybe someone might remember it and know what happened to it. It was a well known Beetle in the Volkswagen club and show scene, having attended many shows going back to the mid-late 1980s. It was seen at the monthly meetings for the Volkswagen Owners Club of Ireland at the Leopardstown Inn in Dublin as well as the Kilcommon Festivals and of course, the Beetles Reunion in Limerick.

Assembled in Dublin in August of 1977, this Manila Green (L63Y) 1200 Beetle Deluxe was one of the last to be assembled in Ireland and therefore would have made up one of the last batches of Beetles to be sent to Andrew Dillon & Sons in Clonmel, County Tipperary. 492 DHI left Dillon’s Volkswagen dealership with its new owner on September 15th 1977.