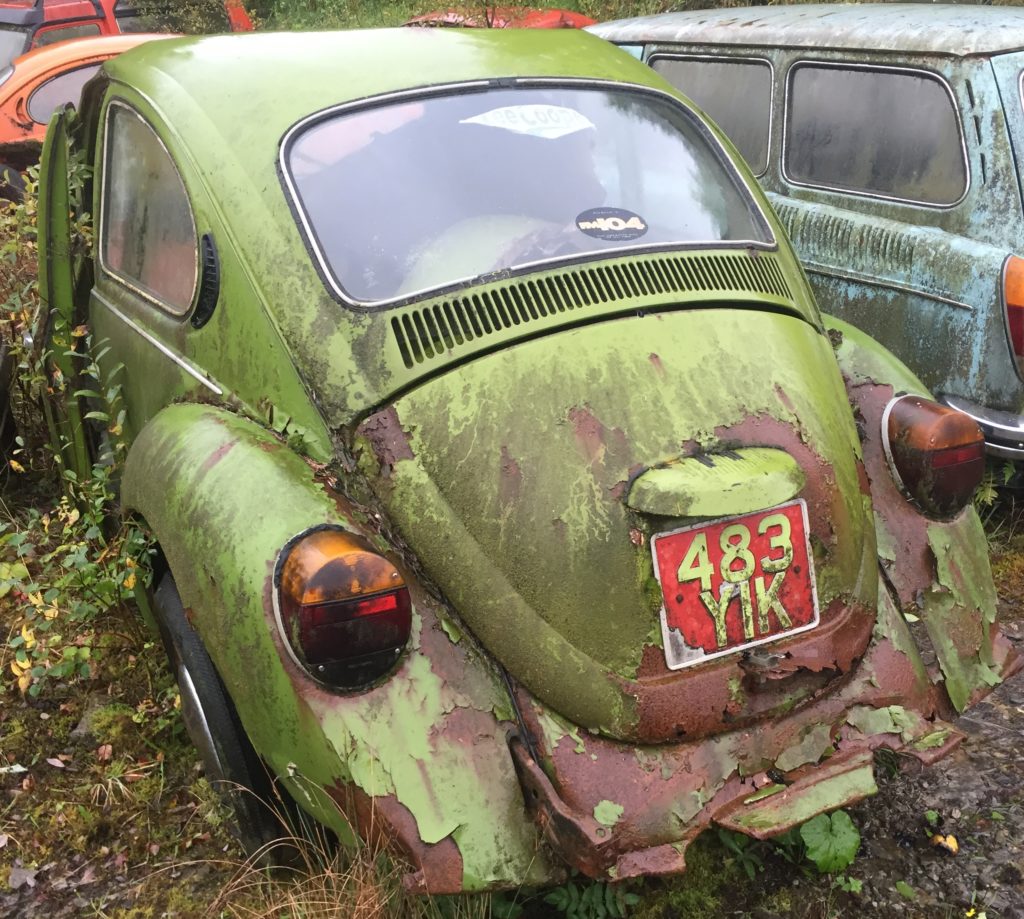 Oh dear! It looks like this Lofoten Green Beetle will never be hitting the road again!

We spotted this Beetle a few years ago and can only assume it has sunk even further into the very wet ground it’s resting on.

Perhaps it was once a restoration candidate because the accident damage was not too bad seeing as in most cases when restoring any other late 1970’s Beetle you’ll end up replacing a lot of that front end metal due to rust anyway. The issue really was the that the roof had been stomped on so badly that the roof creases are even dented beyond repair so even before the serious rot set in to every part of this Beetle a restoration probably wasn’t going to happen unless the potential restorer had a spare roof section. Either way, it’s kippered now anyway!

Ordered in Lofoten Green (L61H), this Beetle left the Naas Road factory and was registered to its new Dublin owner in February 1976.