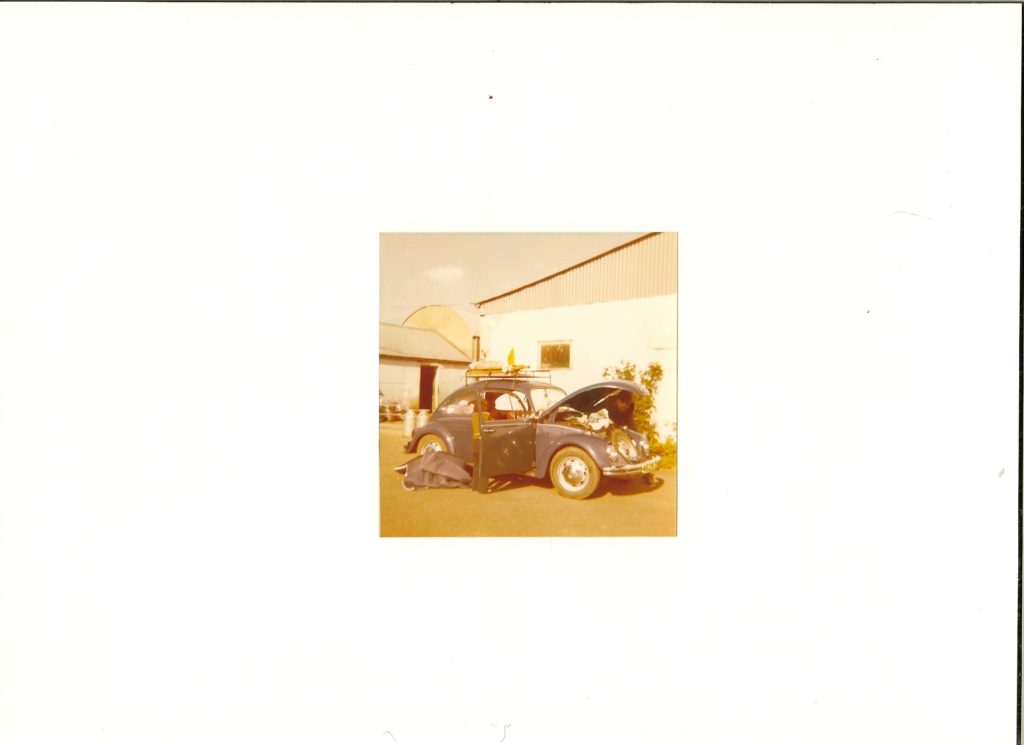 The first photo was taken at my then girlfriend’s parent’s house (who is now my wife. We got married in 1985) packing the car to go to the Pope’s mass in Galway in October 1979. Five of us traveled in the car complete with tent, sleeping bags and plenty of provisions and traveled from Galway through Clare and on to Killarney during the week after the mass enjoying the time thoroughly.

The second photo was taken I think at the Cliffs of Moher car park with the Papal Flag on the roof rack, with myself, my wife Genny and my brother. Both myself and Genny enjoyed many trips around the country in the car and similar to all other Beetles it never let us down. I’m still looking for one similar.