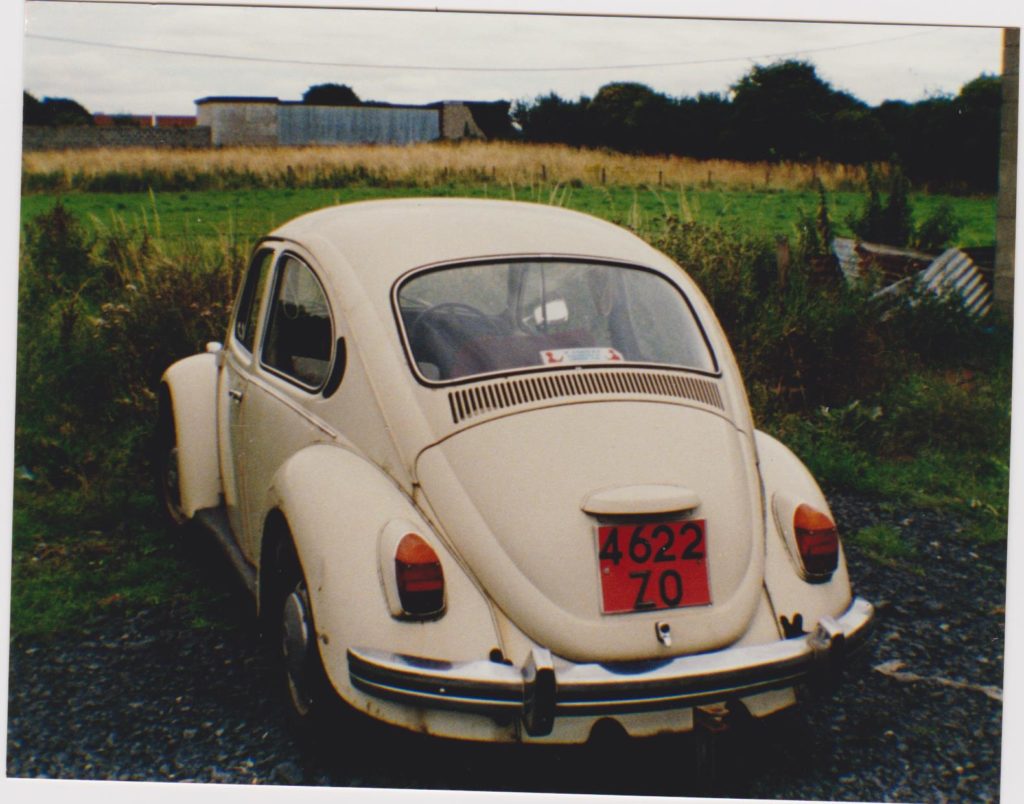 Looking like a well used Beetle, this ’73 built but ’74 registered Beetle was in a local garage for some repair work. The sticker in the rear window is from Cooney’s Car Sales in Corbally, Limerick who specialised in selling used cars.

This is a funny one really as this Beetle must have sat unsold for a few months as it was probably built around August or September 1973 but wasn’t registered until March 12th 1974. The original engine was replaced at some point with a later 1976 1200 unit.

This photo was taken in November 1989 in Limerick