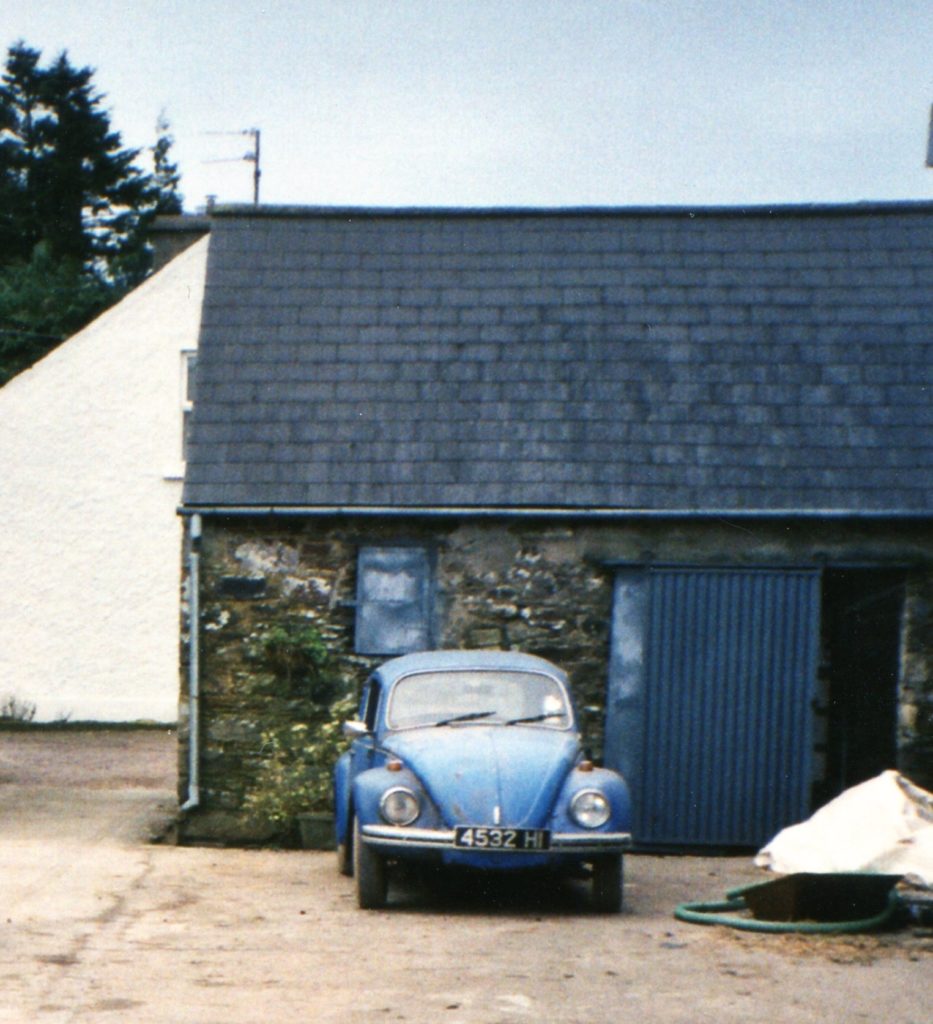 This may look like an abandoned Beetle but it’s not. This photo was taken in the owner’s yard in Waterford while they waited for time to be on their side so they could begin the restoration of this well known to them local Beetle. Tom Lynch is the current owner but his neighbour was the previous owner and even though in some people’s eyes this Beetle may be too far gone to restore, this is a Beetle filled with memories so Tom, his son and his brother are all getting stuck in to this restoration to ensure 4532 HI hits the roads of Waterford once more.

Assembled in Dublin in late July of 1973, this 1200 Beetle Deluxe was fitted with a 1200cc engine and painted Gentian Blue (L51B) before being dispatched to Dillon’s of Clonmel in August. From there it was sold in September 1973 to its first owner who called Oola in Tipperary South their home and as such, a ‘HI’ registration was applied. The first owner held onto 4532 HI until 1978 when it was then sold to its second owner, also in Oola, who drove the Beetle for a further two years, taking it into the next decade.

In September 1980, 7 years after being sold to its first owner in Tipperary, 4532 HI left the county and headed across the border to Waterford, Cappagh to be exact, where a very nice man by the name of Ned Power became the third owner. There it stayed with this owner until his passing.

But it was Ned who Tom and his brother Eamon have so many fond memories of in his Beetle and that’s why this Beetle is getting a no expense spared restoration. Ned would let Tom and Eamon use the Beetle so when the Beetle was on the road it could have been any number of locals behind the wheel!

The Beetle was Ned’s pride and joy and as such he would spend whatever was needed to keep it running well. It was serviced on a regular basis and always fired up first tip of the key as a result. Sadly the same can’t be said for the bodywork as Ned’s eyes, and possibly ears, may not have been what they once were so the car was parked using the traditional ‘bump and bang’ method. This meant that the front, rear and sides had all helped Ned during his parking maneuvers! There was no front and rear valance to talk of when Tom took ownership of the keys and the sides were a little tender to say the least but it started after years sitting idle which is testament to Ned’s fastidious nature when it came to the mechanical upkeep of this Beetle.

We’ve seen some of the restoration photos and it is getting the best of the best. This is a restoration that is not only saving an old Beetle that was filled with happy memories, but because Tom is getting his teenage son involved in the restoration, as well as his brother Eamon, this project couldn’t possibly squeeze in any more memories!

We can’t wait to see the finished product.