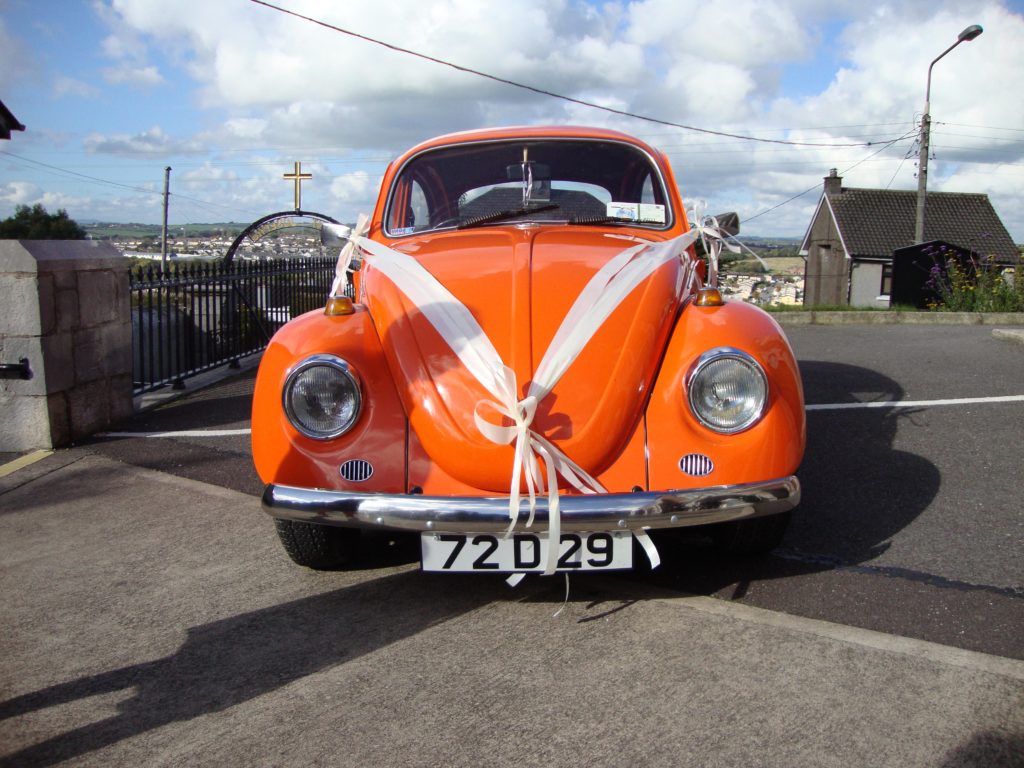 Hi. This is my 1972 Standard or Base model Beetle.

It was imported into Dublin from the UK in the early 1990’s. It had three owners before me, the third owner used it daily until she moved to Australia for a year and then decided to stay a bit longer so the car was put into a warehouse. Working for a shipping company I knew the warehouse and the car so had expressed an interest and thankfully on a Friday afternoon in 2009 the car was offered to me and by Monday it was driven out of the container it was transported in and driven into the warehouse of the company I was depot manager of.

I then stripped it down to every last nut and bolt, sent the shell and all the panels including the floorpan to be blasted. Once everything was assessed it was onto the bodyshop to be readied for a fresh coat of paint in the original orange. What I thought would be the quick assembly seemed to take forever but when I look back I see that I replaced almost everything including rubber seals, seat covers, floor mats, sound deadening and wiring loom but I’m glad I took my time and got it right.

After being laid up for two years it was time to fire up my engine. 1st try was by turning it by hand, 2nd try I connected a drill and turned using drill to turn it with the plugs out, the 3rd try I used the battery but the plugs were still out and finally, the 4th try I had everything hooked up and the sweet sound of a VW engine bursting into life filled the warehouse!

I am now on the road with a VW Beetle which I love, as my first car was a 1962 Beetle for which I will always have fond memories. I have won two prizes at shows for the best original car; one at a VW show and the other at a general car show against all other makes. My grandson Alex keeps on reminding me that he owns the Beetle and that I can only drive it until he is old enough to drive it! Thanks have to go to my wife Kay who always encouraged me throughout this project.