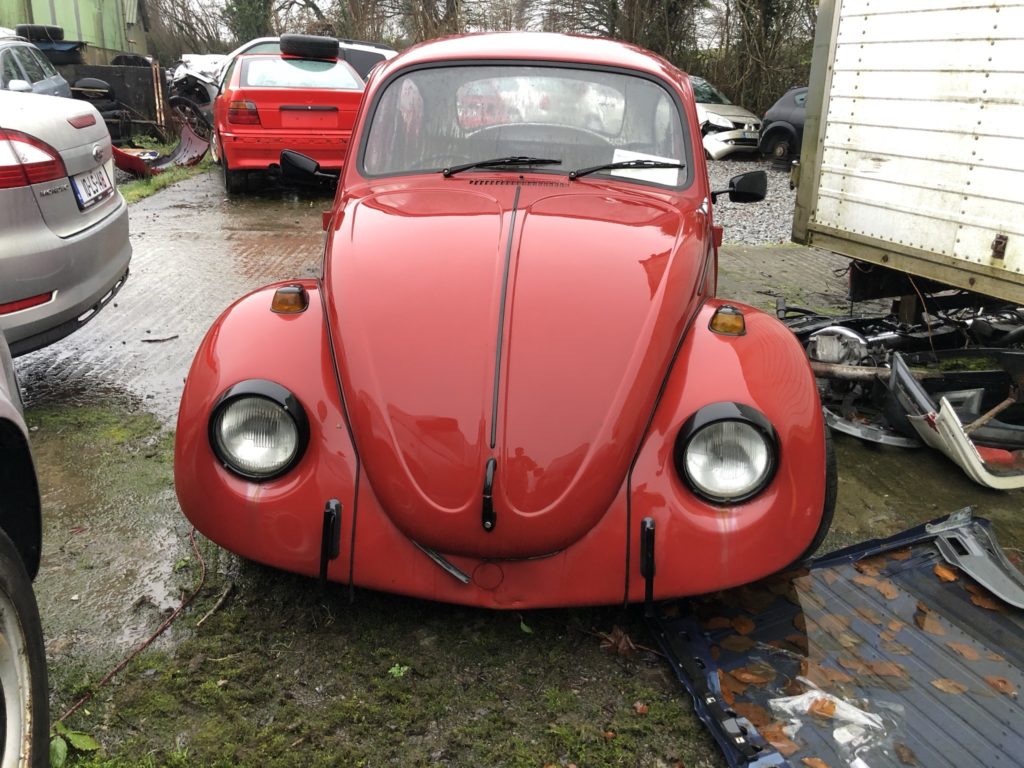 This eye catching Beetle was spotted by ourselves in Portumna in December 2020. It was in need of a few jobs that would see it finished and I believe it may be for sale.

Assembled in Dublin in May 1973, the once 1200 Beetle Deluxe left the MDL assembly plant with a fresh coat of Sumatra Green (L61B) before being sent to The Service Garage in Limerick. It was sold at the end of May to its new owner who lived in County Limerick hence the IU registration. The Beetle has been restored and as you can see it has been modified from how it once looked. Gone is the Sumatra Green paint and the 1200cc engine that it left MDL with and in its place is a 1600cc engine with twin carbs. The rear crescent vents have been deleted, the suspension has been lowered slightly and a set of 2 Litre Porsche replica rims have been fitted. The interior has been upholstered with new door cards, seat covers and headliner. Overall it’s a very tidy looking Beetle with only a few small jobs to finish it off.

UPDATE 26-10-2021: This Beetle was sold to a Limerick man who spotted it listed for sale on Beetle.ie and recognised it from many years ago as a local car to him. After travelling to Galway to view the Beetle a deal was done and it is now the pride and joy of Karl who is not only thrilled to own this Beetle but he loves the fact that this was a local car to him when he was younger. He has already had a number of people commenting that they remember the Beetle when it was new! Karl has already made some changes such as the replacing of the black trim with chrome trim, new chrome bumpers being fitted and the twin carbs tuned. Best of luck Karl and we are looking forward to seeing you out and about in your dream Bug.