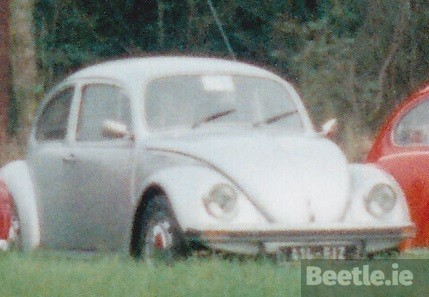 It’s not often that we come across a then and even older than then photo but that’s exactly what happened here when we were researching this 1977 Beetle.

Built in early 1977, the once Havana Brown (LD8A) 1200 Beetle Deluxe was not registered until August 22nd of 1977. As soon as it was assembled at the Naas Road plant, this 1200 Beetle was delivered to McAndrews Motors, Ballina, County Mayo. It stayed in Mayo for many years, not changing from its day one appearance but when I spotted it in Galway in 1997 it had been resprayed silver, in a shade not too dissimilar to VW’s own Silver Metallic (L96D).

It was at the 1997 Culchie Festival which was held in the County Galway town of Mountbellew that I spotted the now revamped Beetle. Other than the change of colour, this Irish assembled Beetle was unmodified.