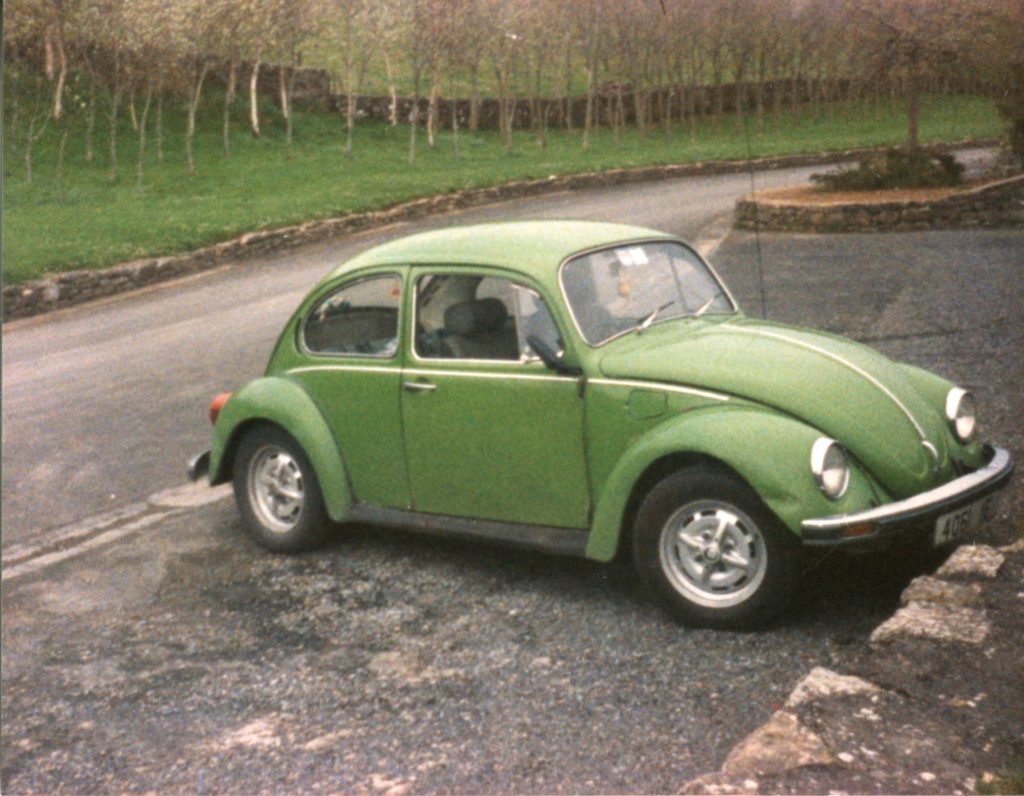 I was given some old photos to scan recently by a man in Limerick and this Beetle was one of the photos in the box. I knew I recognised the car so I asked if the owner happened to work in the Regional Hospital in Limerick at one time and the answer was yes and his photo was the one showing the offside and front. The photos with the bike beside it were taken by when I was cycling around Limerick looking for old VWs and spotted this Beetle in the car park.

This County Clare registered Beetle was built in Dublin in September 1976 and was finished in Lofoten Green (L61H). The 1200 Beetle was then sent to Frank Hogan’s VW Dealership in Limerick where it was sold from. The first owner was based in County Clare hence the IE registration which it received in October 1976. Since leaving Frank Hogan’s, the Beetle had been repainted at some point in a shade that’s not too far from the original Lofoten Green but it also was given a set of Lemmertz Sports rims that were then painted white. The front seats had long since gone when these photos were taken and had been replaced with aftermarket highback seats, from a later Mk1 Golf I think.

On the front windscreen was a VW Motoring 100,000 Mile Club sticker. VW Motoring Magazine ran a section where they encouraged owners of VWs and Audis with mileage of 100,000 or more to submit their details and a photo of their reliable VW or Audi. In return, the owner would be added to this club and their details listed in the magazine as well as a photograph of the car would be printed printed if space permitted. A sticker was then posted to the owner who proudly displayed it as a badge of honour because they owned a VW or Audi that had successfully driven more than 100,000 miles and wasn’t showing any signs of stopping.