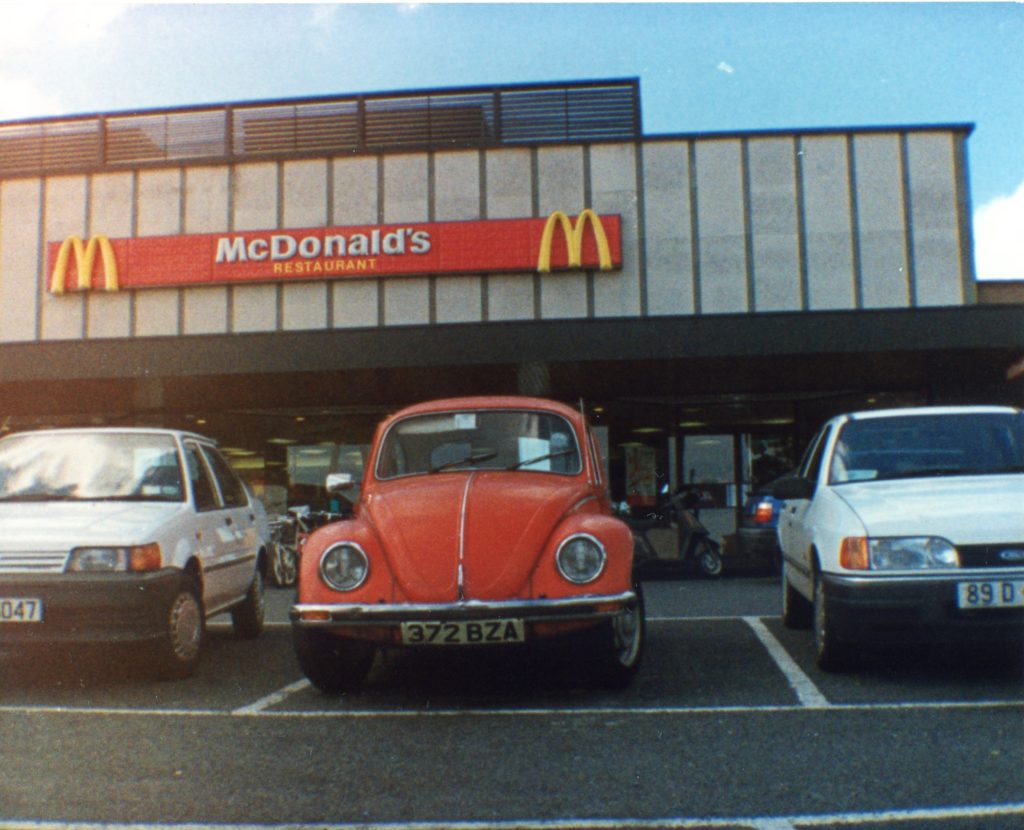 Back in 1990 when I snapped this 1977 Dublin registered Beetle outside McDonald’s in the Stillorgan Shopping Centre, it was already 13 years old but looked to have been very well minded and I would assume it had been garaged all its life because the paint was original and pretty much perfect, apart from the fact that it needed a good compound and polish to bring it back to life.

Back then, these old Beetles were the last off the Irish assembly line and were usually driven from new by older owners who bought the last Beetles built in Ireland as their retirement cars. They knew them, they knew how they worked and they liked them so the thought of changing to a Golf or any other car just wasn’t in the equation. For quite a few years after this photo was taken, 1977 Beetles trundled along Irish roads, being minded like the last of the species that they were until the owners were sadly coaxed into new cars by the government’s scrappage scheme in 1995.

I’m not sure what happened to this Beetle but it stood out from the crowd that day in 1990 and it was the type of daily driver Beetle I grew up with so I hope it has survived.

The Beetle itself was assembled in MDL in October 1976 and sent to Kenilworth Motors in Harold’s Cross, Dublin to be sold. The Phoenix Red (L32K) 1200 Beetle Deluxe was sold to its new Dublin owner, and possibly the same owner that was driving it in 1990, in January 1977, the 27th of the month to be exact.