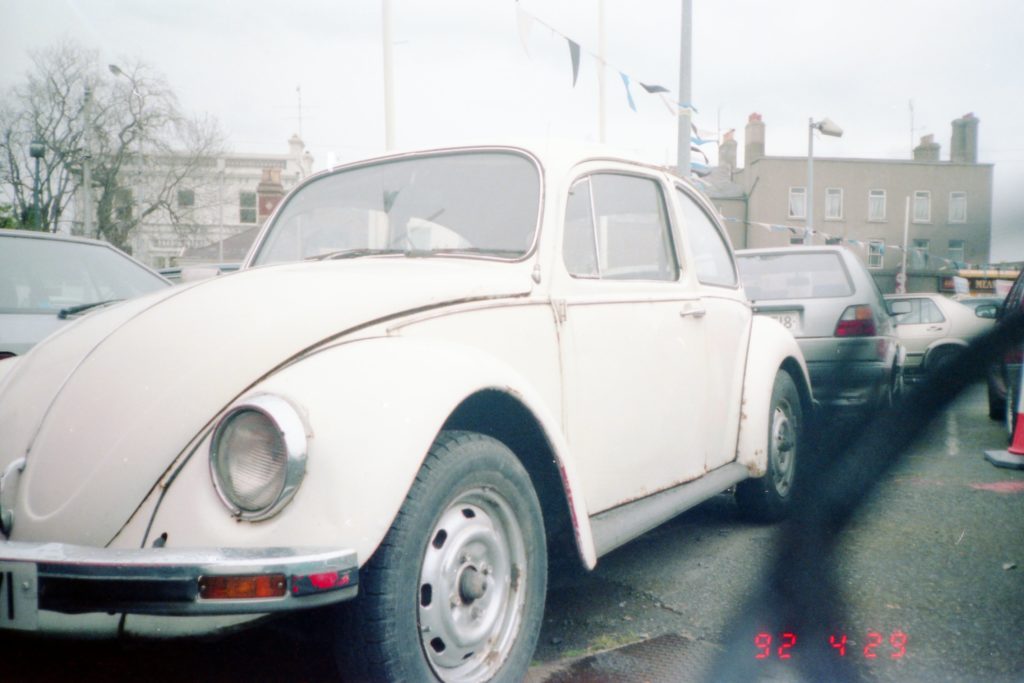 Alas we fear that this May 1976 Dublin registered Beetle is no more as we have no record of it surviving. It may be mothballed away for someone to restore at a later date and at Beetle.ie we always hang on to those hopes.

The Atlas White (L91Z) 1200 Beetle Deluxe was built in Dublin, was registered in Dublin and was last seen in Dublin, outside Europa Cars in Blackrock to be exact. It was parked behind the railings and didn’t look like it was about to be freshened up for forecourt position. The Beetle had been worked on by The Old Volks Home as can be seen from the number plate. It was a solid looking Beetle, although the passenger door was gone beyond saving. Back then it would have been easier to pick up a good secondhand one instead of repairing what was there. Maybe back in the early 1990s this just wasn’t so desirable and may have been scrapped but if it was seen in a forecourt today it would be snapped up.