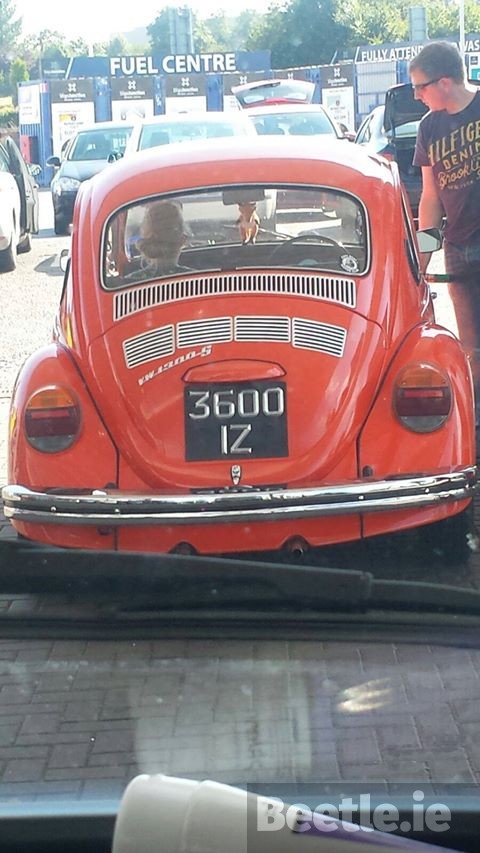 Bought new in March 1973 by a gentleman named Desmond Scahill from Castlebar, this 1300S was almost certainly purchased in Duffy’s VW Dealership in Castlebar.

It was sold on to a Mr. Quinn, also from Castlebar a few years later after which it was moved on to its third owner in 1979, a Mr. Healy in Sligo. However, Mr. Quinn missed the car so much, he bought it back from Mr. Healy just 18 months later!! Mr. Quinn’s second turn with this Power Pack Beetle lasted longer, it wasn’t until 1991 when it was sold on again.

Since 1991, 3600IZ has had three new owners. Interestingly, the second last owner held onto it for 21 years!! During their ownership, the Beetle became a little time-worn and was treated to a full body-off restoration. The current owner, Micheal, received some photos of the restoration when he bought it and Kindly sent them to us at Beetle.ie. Micheal realises he has quite a special Beetle in 3600IZ and plans to keep it for many years to come.