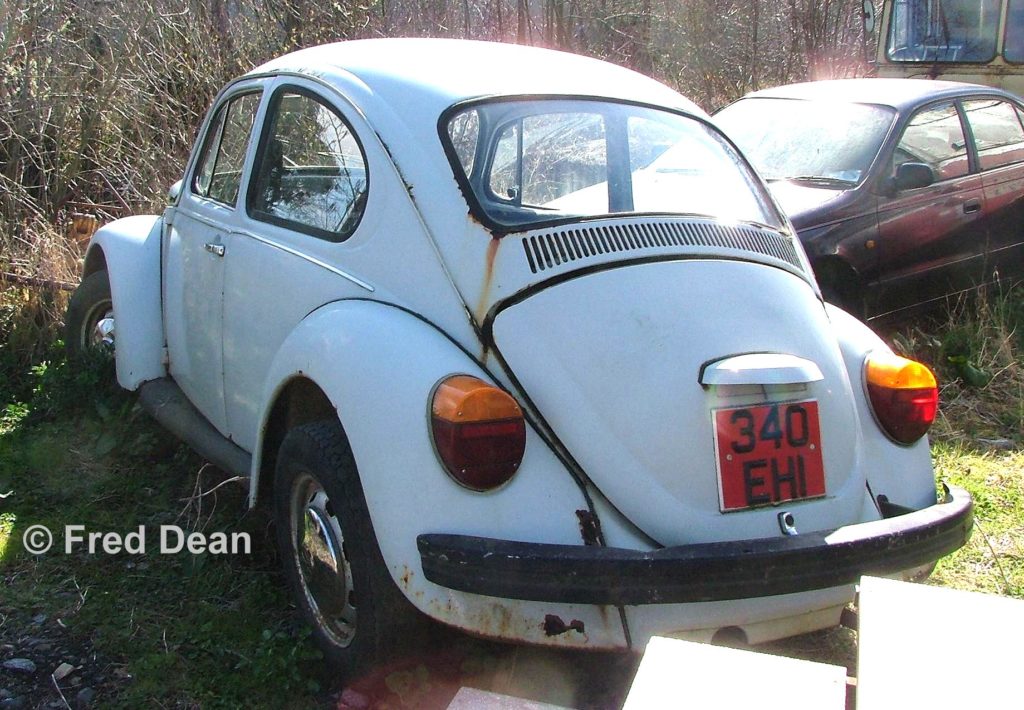 340 EHI is a January 1978 registered 1200 N Base Model Beetle. It’s December 1977 assembly date makes it one of the last Beetles to be be assembled in Ireland and one of only a handful of Beetles that were registered in 1978 so quite unique in terms of Beetle production.

1200N or Base Model Beetles have now become quite rare in Ireland because for a long time they were discarded in favour of the higher specification Deluxe models so if you own one, you’re quite lucky. This 1200N was painted Atlas White (L91Z) before leaving MDL on the Naas Road and being sent to Tipperary to be sold. Its first owner was from Tipperary South which is why this Beetle was given a HI registration.

This particular Beetle was photographed in Dromod, County Leitrim in April 2006 by Fred Dean. Did it survive or was it left to slowly rot? We don’t know and from Fred’s photo it didn’t look too promising for 340 EHI but perhaps someone does know what ever happened to this 1200N. If you do, why not get in touch so we can add or complete this Beetle’s story.