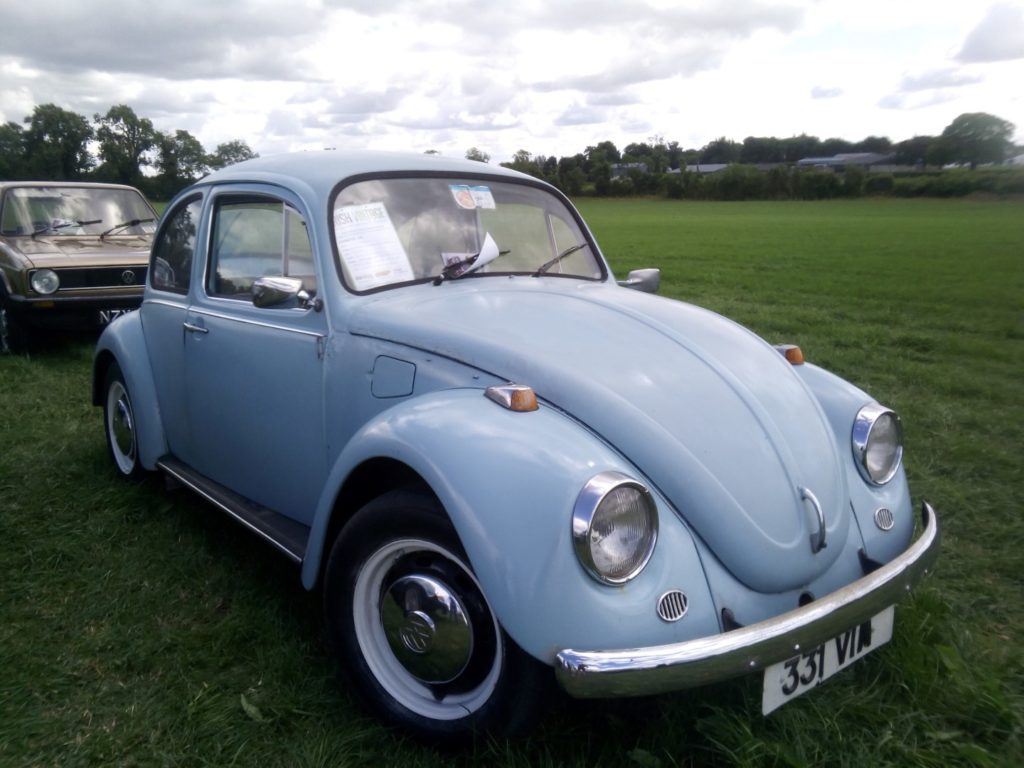 Thanks to Joe Dempsey in Galway for submitting this Beetle that he spotted at the Mountbellew Show in 2018.

The ‘Sparkafer’ or Base Model Beetle is wearing a 1983 Galway registration so was imported into Ireland in or around that time we would assume. With it being a RHD Beetle, we can only assume it’s a UK import.

The Beetle itself is a Base Model so some of the differences over the ‘Deluxe’ Beetle were the short headliner, blade bumpers, very little sound deadening, no trim on the bonnet and the window rubbers also came without trim. It was the affordable Beetle and for a long time were ignored but are becoming very rare now in original condition like this.

UPDATE 14-08-2020: Thanks to Jim McCallum who submitted a photo of this very Beetle. Jim snapped this 1200N Beetle in Salthill in 2015 and looking at the photos you can see that 331 VIM was on the receiving end of some attention between when Jim captured it in Galway in 2015 and when Joe saw the Base Model Beetle at Mountbellew Show in Galway show back in 2018.