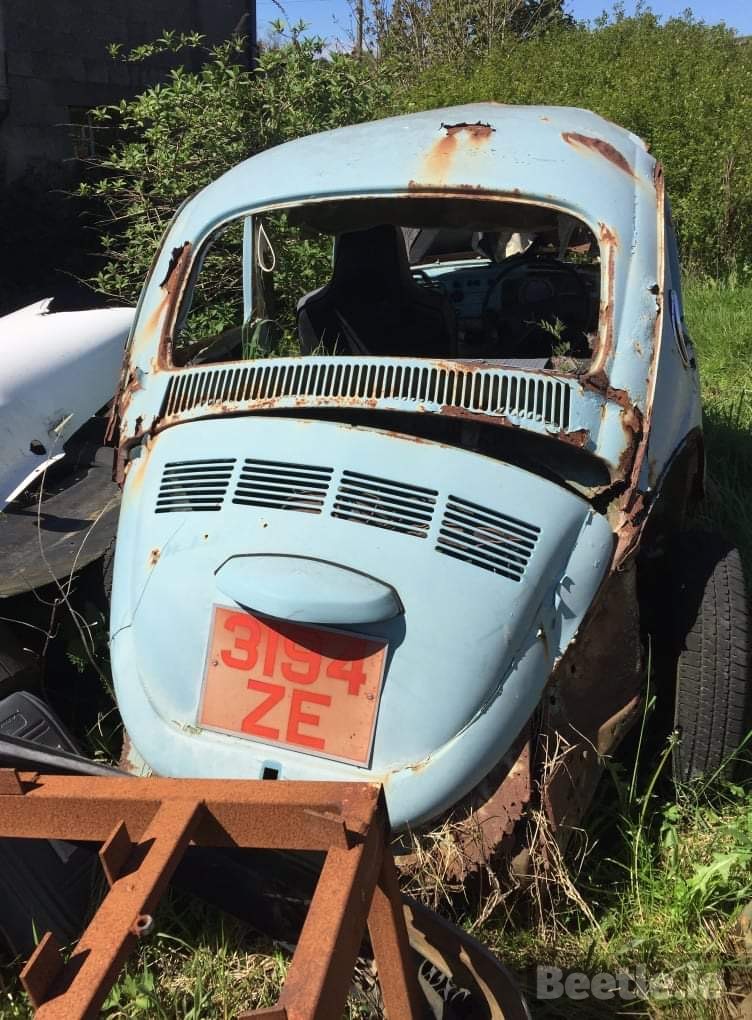 To be filed under ‘This One Didn’t Make It’, this poor neglected looking Beetle was last seen scrapped at the back of David Sheane’s workshop in Wicklow. Thanks to Tsar Sheane for submitting this Beetle to the Beetle.ie Census.

Initially it looked like this VW was one of the 300 special edition Marathon Beetles but it’s not a Marathon at all, it’s a 1300 Beetle Deluxe finished in Niagara Blue (L53D). It did have genuine highback Beetle seats fitted at one stage which would have been a nice addition to this Irish Beetle.