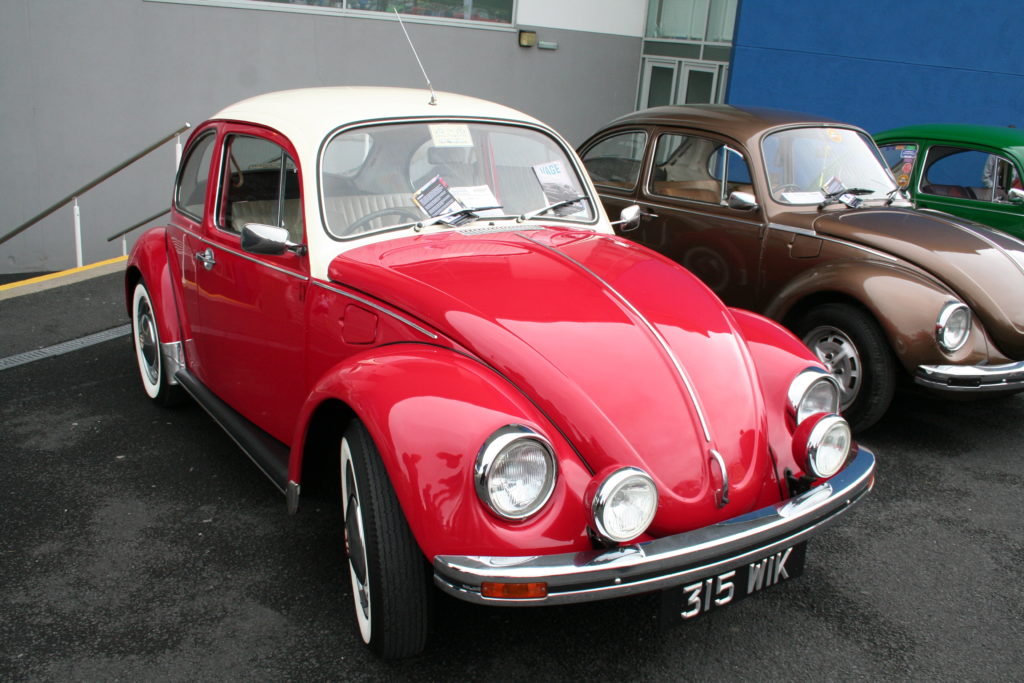 This January/February 1976 registered Beetle has some very interesting history, well, from the early 1990’s because before that date it was just another tidy and well cared for late 70’s Beetle.

I first saw this Dublin registered Beetle back in about 1992 I think it was. I was in Europa Cars in Blackrock and Matty O’Sullivan very kindly walked me around (as he would do to any enthusiast) to see what vintage VWs were being worked on at the time.

On that occasion Matty showed me this fully restored Beetle that had been painted by Europa Cars in red with a white roof and matching white interior. It was to be a prize in a competition being run by Murphy’s Irish Stout and Dublin’s 98FM

There were logos being painted onto the side of the Beetle by hand while I was there. The logos included real gold leaf lettering in a traditional old school way.