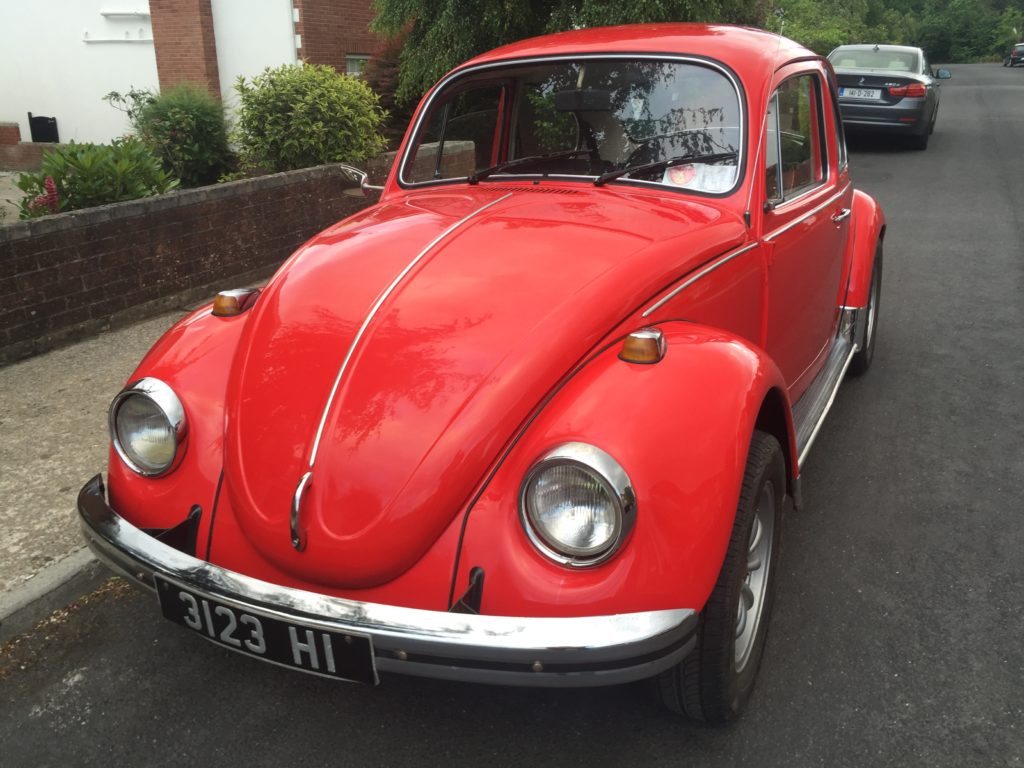 This 1200 Beetle was sold from Tipperary town back in 1973 and was given its new Tipperary South registration on April 5th. It stayed in Tipperary before moving to West Clare and then to Limerick where it has stayed ever since.

The current owner Eamon has owned this 1973 Beetle for 20 years, having seen it looking a little sad and down on itself sitting in the driveway of his son’s friend’s house. Eamon asked his son who owned the Beetle and he said it belonged to his friend’s brother. Eamon’s response was “tell him I’ll buy it” and that’s exactly what he did.

Eamon had the Beetle fully restored and has stored it inside ever since, taking it out only when the weather is good. He has taken it to Kilkee on summer holidays so he isn’t afraid to use it either. Recently Eamon had the mechanicals sorted by an old-school mechanic in Limerick and it runs better than ever. The doors close with a confident clunk and the new upholstery really tidies up the interior. Eamon has a stack of receipts showing the work that was done and it’s quite extensive.

No matter what this Beetle needed over the years it got and Eamon has developed a bond with his VW as you would expect which makes it even more difficult to even consider selling it. That’s right, after 20 years of ownership Eamon is considering moving his beloved Beetle on to the next owner as he finds he is using it less and less and feels it deserves to be driven and enjoyed. I did say ‘considering’ because he is finding this very difficult so I wouldn’t be surprised if Eamon held onto his Beetle.

If you are interested in Eamon’s Beetle, get in touch and we will put you both in touch.