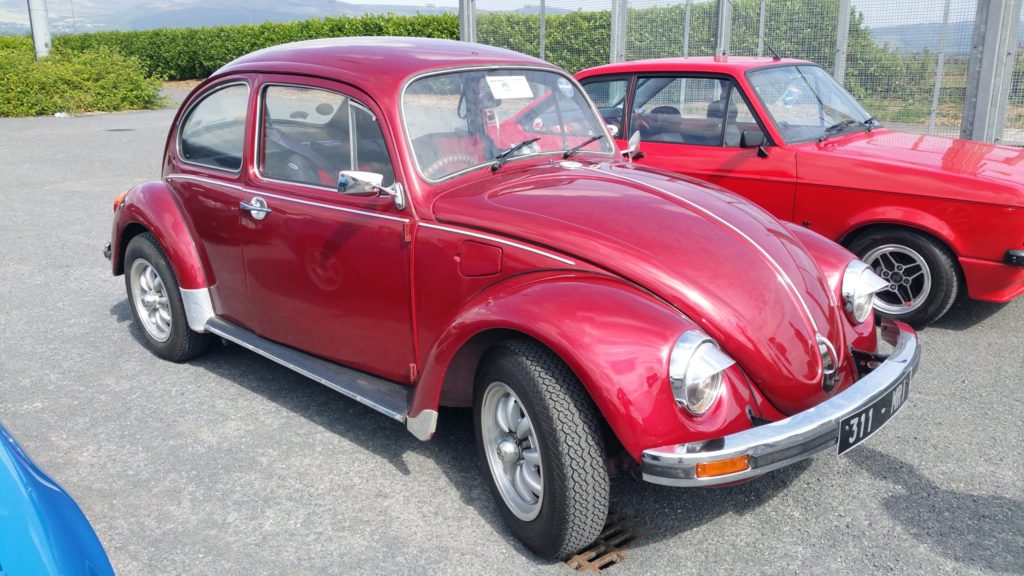 When this Beetle rolled off the Dublin assembly line, the workers were in festive mood as it was right in the middle of Christmas 1974 and on New Years Eve, this once Lofoten Green (L61H) Beetle was delivered to Brady’s of Castleknock in the hope that a new owner would drive it away in the January which is exactly what happened. It’s changed somewhat since January 1975 with a colour change and some restoration work. It’s had a towbar fitted at some point but the plucky little 1200cc engine is still the original fitted in December ’74. 311 MRI has also had some accessories fitted along the way such as headlight eyebrows, EMPI 8 Spoke rims and a full assortment of bling in the form of front and rear stone guards, bonnet handle trim, finger plates on the doors and rear window vent trim. A Volkswagen badge has also been fitted to the engine lid.