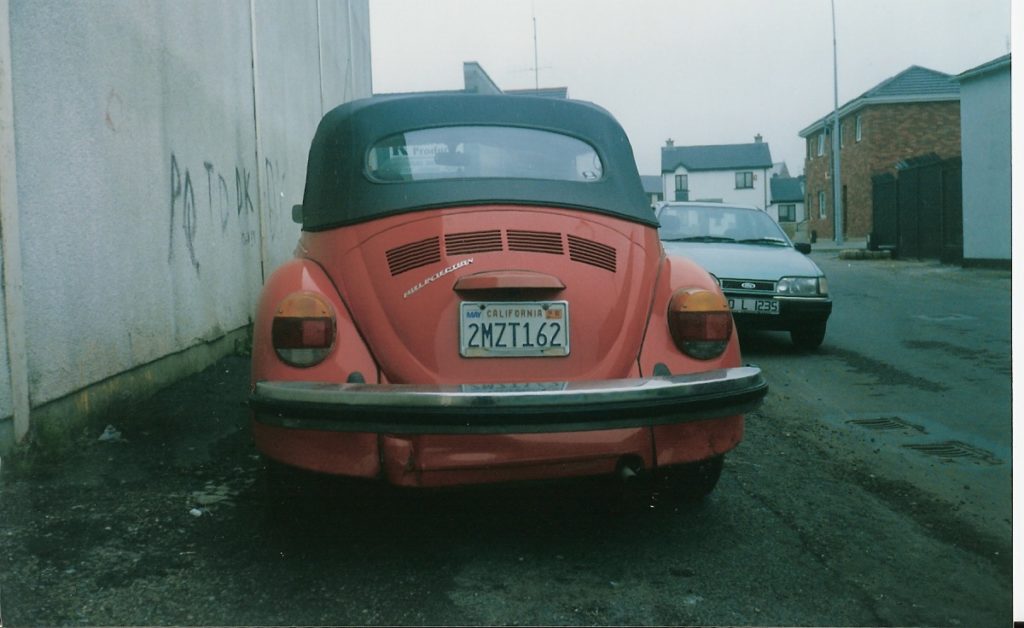 Does anyone know this Karmann Beetle Cabriolet? I took these photos just off Clare Street in Limerick around 1992. It was obviously fresh off the boat as it was still wearing its California number plates.

It was fuel injected and had removable headrests so I’d say 1976 or 1977. The Karmann Beetle was in very good condition despite the few battle scars it wore but more importantly, it was rust free from what I could see. I was driving my father’s 1990 Ford Sierra Sapphire (which can be seen in one of the photos) and I would have swapped it for the Convertible Beetle there and then. I suspect he may not have been as happy with that deal!

I never saw it again so I don’t know if it ever hit the road again or maybe it was sold off to another part of the country. Do you recognise it? If you do, let us know.