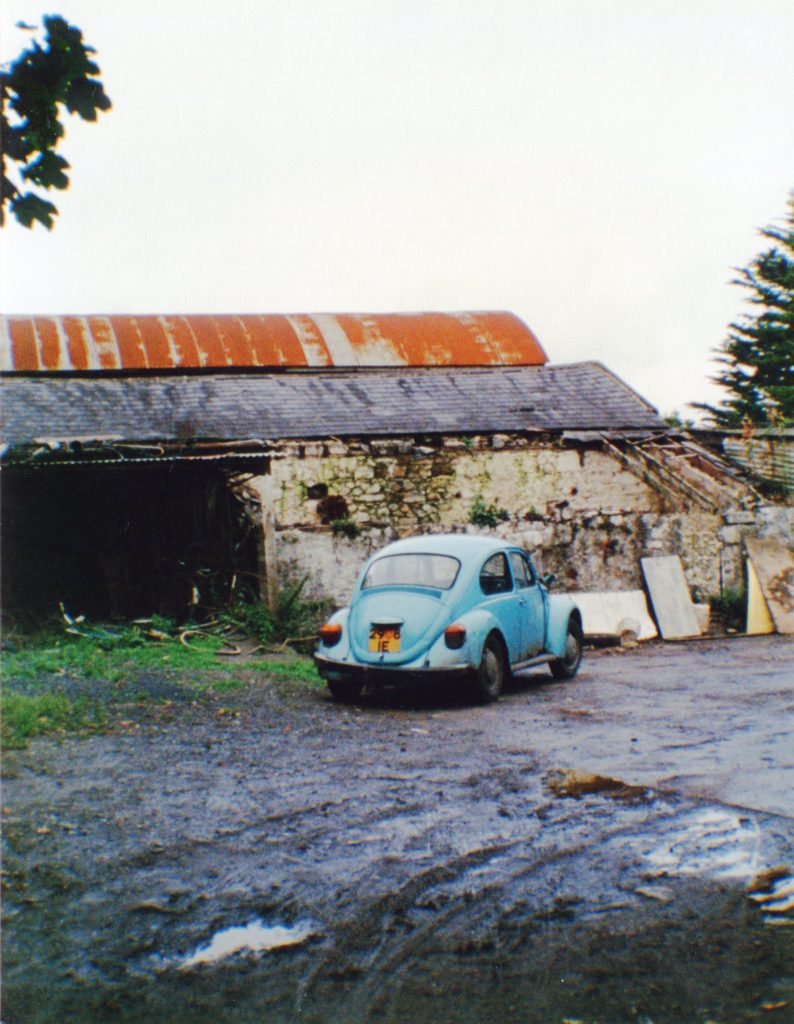 1200N and Base Model Beetle

This 1976 1200N Beetle was photographed in a farmyard in County Limerick back in the day when Beetles were still being used as daily drivers, or workhorses as this little Beetle proves.

2908IE was a Miami Blue 1200N or Base Model Beetle as can be seen from the black painted bumpers, no rear crescent vents, trimless window rubbers and no padding on the dashboard. The car had started to rust quite badly on the doors and the bumper mounts but the engine was still going strong because the owner had just pulled in a large cattle trailer behind his Beetle.

I think this May 1976 Clare registered Beetle may have finished out its life in the farmer’s Beetle graveyard which was just to the right of this photo.