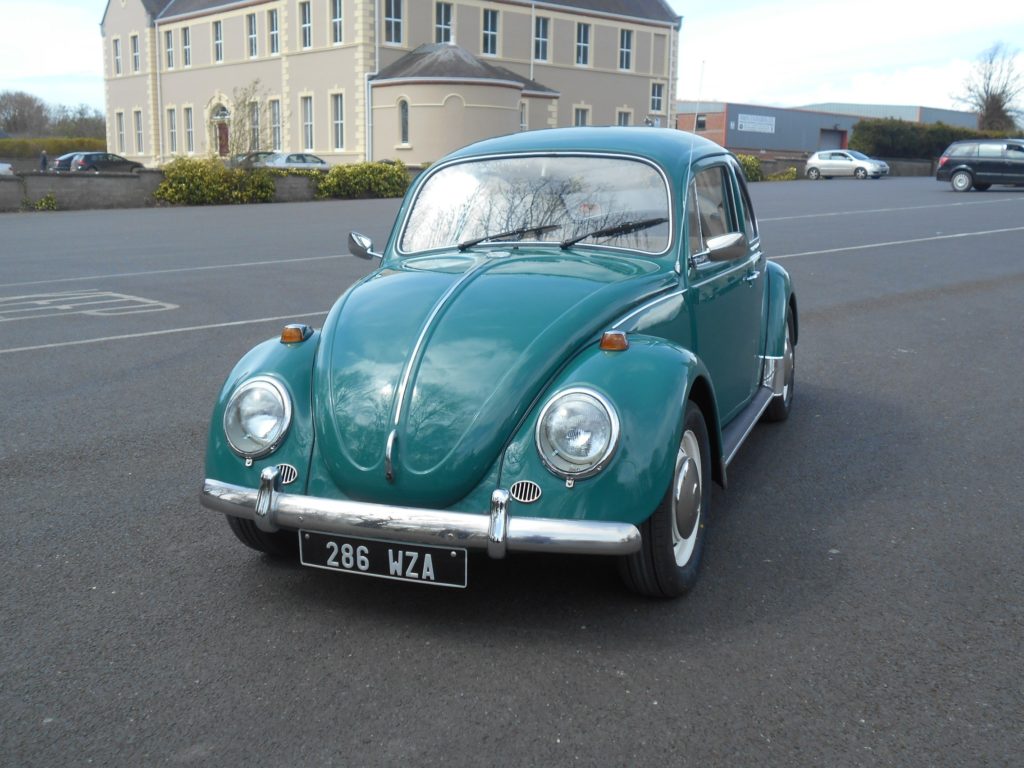 This Beetle is an interesting one. It’s a late 1967, so a 1968 model with upright headlamps, Europa bumpers etc. It was originally registered in the UK but imported into Ireland and registered in Dublin in July 1977, hence the WZA reg.

Back in the year of the millennium bug this Bug was restored by Emilio’s Beetles. It left Emilio’s with a new coat of maroon with cream sides. Fast forward to 2018 and it has a new owner who wants to change the look so Emilio was charged with the task of giving this Beetle a face lift. Emilio and his team stripped the ’68 model Beetle back to its bare bones, repairing any minor rust issues and preparing it for paint. Java Green (L518) was the chosen hue and it looks perfect. The Beetle was made to look more like a European ’67 Beetle with sloping headlights and smaller 1960s rear lights as well as blade bumpers. The stock steel wheels were freshened up with a fresh coat of white paint and some new hubcaps. Once the new headliner and upholstered seats were installed, the new, and very happy owner took his new Beetle back home to Bettystown in County Meath.

UPDATE 09-12-2020: The owner, Noel, has been in touch with us this morning to say that he has decided to sell his beautiful Beetle. If you are looking to organise a viewing or simply find out more information about this 1967 Beetle then why not give Noel a call on 08………..

Best of luck with the sale Noel.

UPDATE 20-05-2021: Noel has been in touch to say that his fantastic Beetle has been sold and is on its way to Enniscorthy in County Wexford with its very happy new owner. We wish the new owner of 286 WZA all the best behind the wheel.