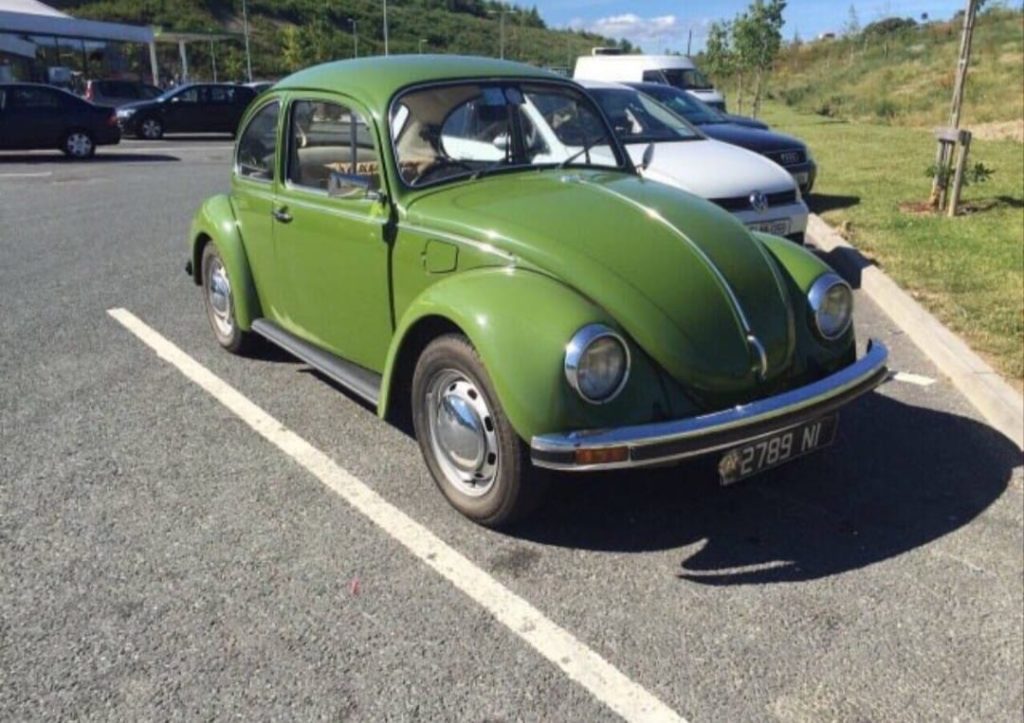 Andy Kelly spotted this 1976 Beetle in Wicklow a few years ago. The Lofoten Green 1200 Beetle has been in Wicklow since new and has been previously restored by the Sheane family, a very well known family in the Irish Volkswagen world.

Andy says that the current owner, who owns it for quite some time has done a lot of work himself, including paint. The September ’76 Beetle was certainly looking great the day that Andy snapped it. The older photo is from the late 1980s and is thanks to Tsar Sheane.