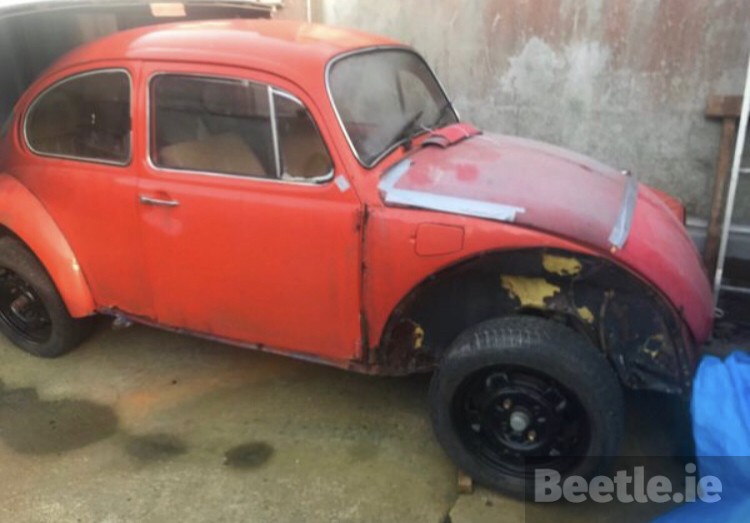 Noah Ryan spotted this 1973 Beetle project for sale in late 2021 and wanted to add it to the Beetle.ie census. Noah also notes that there was no engine or gearbox with it but it looked very restorable and will probably be back on the roads again very soon.

Due to the massive demand for Beetles in Ireland back in 1973, which outpaced production capabilities, MDL were forced to buy in Beetles as FBU (Fully Built Up) units. This was one such unit. Brought in to Ireland in March 1973 as a 1200 Beetle Deluxe that was painted in Texas Yellow (L10B). The Beetle was sent to Annesley Motors in Dublin to be sold and it was registered to its new owner on April 4th 1973.