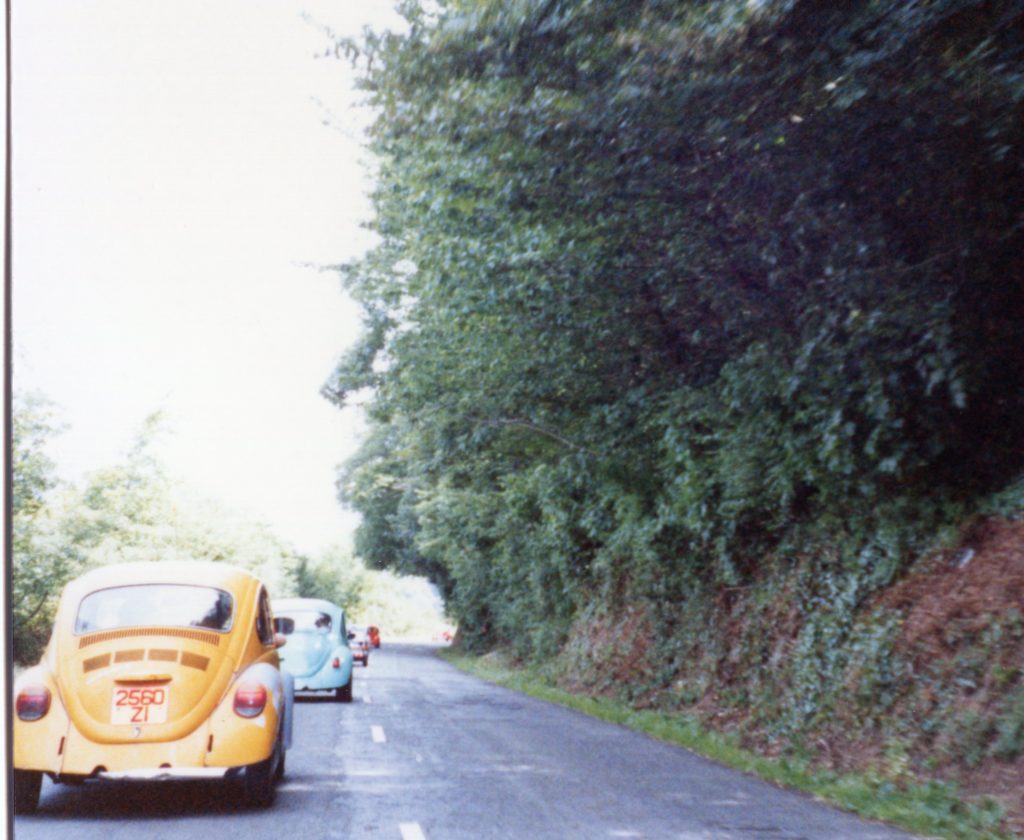 This photo was taken in July 5th 1992 during a VW Fun Run in Carrigaline, County Cork.

2560 ZI may not look like anything special in this photo but it was in fact a special edition Beetle, a 1300S to be exact.

Unlike many of the VWs on our register, this Beetle was not built in Dublin, it was actually built in Belgium where all 1300S / Power Pack Beetles were built. It, along with 299 other 1300S Beetles, was imported by MDL as a fully built unit. It would have come into the MDL factory grounds to be processed and logged before being allocated to a dealer which in this case was VW Sales in North Circular Road in Dublin. No doubt, like so many other 1300S Beetles, it was snapped up and quickly registered in Dublin with a ZI registration in May 1973.

When this photo was taken in 1992 the Beetle had lost its original 1600cc engine as well as that gorgeous Tomato Red (L30M) and its GT Beetle wheels. We’re not sure what the colour was at the time but it looked like it was undergoing a running restoration then with repair work being done all over the car. It had also been lowered at the front too.

Nothing else is known of this Beetle before or after this photo was taken other than we believe it last changed hands in 1996 so sadly we fear that it may be no more. The good thing is we have added it to our listing of Special Edition Beetles in Ireland and we have a photo to back up its existence.

Perhaps it’s sitting in a shed waiting to be restored and perhaps the current owner would love to see a photo of it from nearly 30 years ago.  We love discovering the history of old VWs so if you know anything about this once special Beetle then please get in touch with us here at Beetle.ie