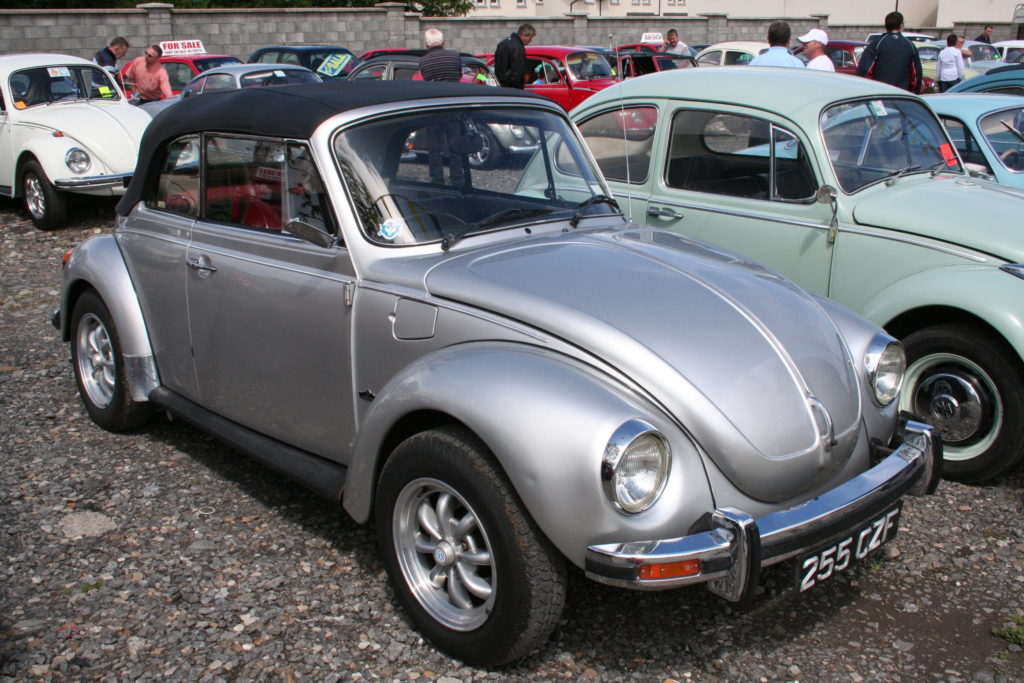 For those around the VW scene, rally scene or even a car buyer from the Munster area the name Paddy O’Callaghan will be very familiar to you. The late Paddy O’ was a giant in stature and a giant in rallying. He could pilot an aircooled VW when others struggled in even more powerful cars. Paddy was also one of the first VW dealers in Munster and was responsible for getting so many people behind the wheel of an aircooled VW through his Volkswagen dealership, O’Callaghan’s of Kanturk in County Cork.

Before the end of the production, Paddy ordered one of the last Karmann Beetles to be built, a Silver Metallic (L96D) 1303 with 1300cc engine, rear stone guards and bumper over-riders. He was not going to miss the opportunity to get a ‘last off the line Beetles’ especially a Karmann Beetle.

Paddy’s Karmann Beetle arrived in Ireland in 1978 and was delivered to his Kanturk showroom in 1979 but as was the case with many of the dealers who had ‘showroom’ Beetles, it was not registered. The only addition to the car when new were the 8 spoke rims. When Paddy would take his convertible out for a drive it was on his garage trade plates so it remained unregistered until Paddy heard there was to be a new registration system brought into place on the 1st January 1987. Not wanting to have the new, longer and uglier number plate on his Beetle he registered his Karmann with one of the last 1986 Cork registrations 255-CZF.

Paddy also got ahead of the new law that was coming down the track which stated that all vehicles registered after 1992 must have a catalytic converter fitted from new. Without that, an unregistered vehicle could not be registered in Ireland. That meant that every dealer with an unregistered car in their showroom now had to register their VW or face the possibility of never being able to register it on the roads here.

We will be featuring Paddy in our upcoming book on Volkswagen in Ireland both from the rallying side of things but also from his days as a Volkswagen dealer in Kanturk. If you have any photos or stories on Paddy please get in touch – cathal@beetle.ie