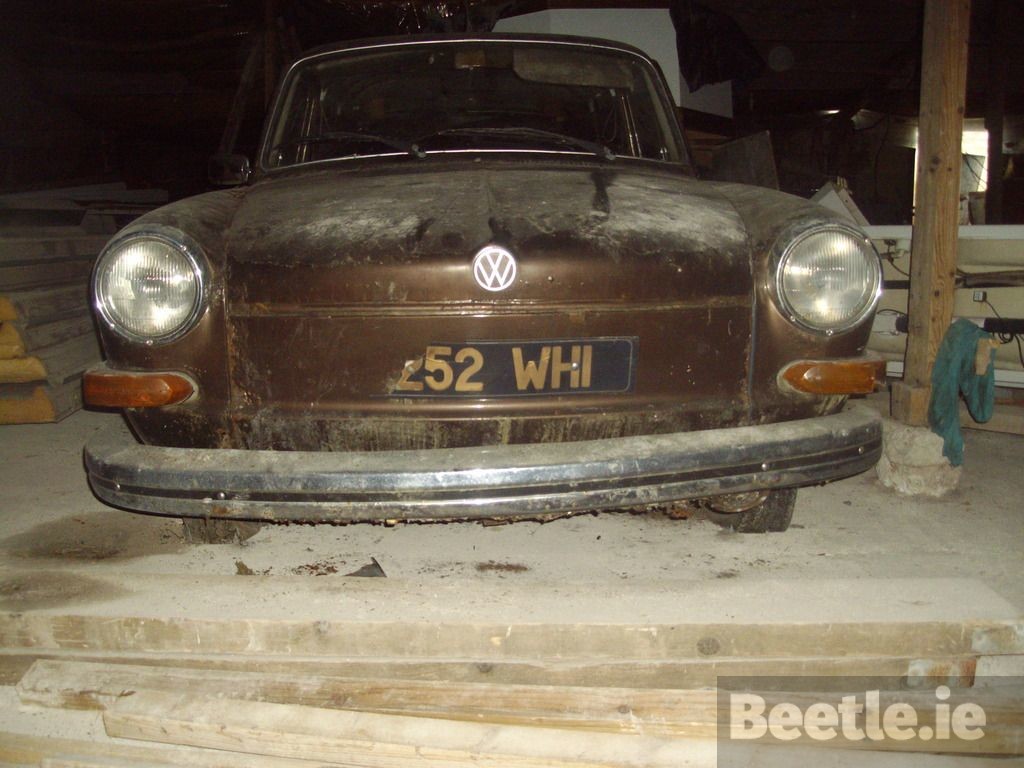 In early 2017 this poor Variant was offered for sale by Donie, a contributor to the Eircooled forum. He had purchased it a few years before but decided to sell it on rather than take on its difficult restoration.

It is believed that the car was driven over to Ireland by English holiday makers but during their holidays the car suffered some significant failure and was parked up and left.

It was bought by a man who lived in the small village of Cloneen near Fethard in County Tipperary.  The man owned a local hardware shop.  It is believed the man fixed it or had it repaired and that his wife drove it up until 1996. The Andy Dillon VW dealer of Clonmel sticker in the rear window shows that the car must have spent some time in their care either for repairs or for general servicing.

It was left parked up outside from 1996 until 2014 when Donie saved it and put it under cover.  The time outside had not been kind to the Variant with rust in all of the usual places you find in Type 3 Volkswagens and heaps of rust in more unusual places.

On the plus side the car had never had any welding work done, was complete and the original colour of Brown Metallic (L98D) is very striking. Also the engine, a fuel injected motor, was believed to be turning.

The registration 252 WHI is a South Tipperary registration from 1983 which supports the story of its English origins and subsequent importing and registering in Ireland.

The car was sold in mid February 2017.  If you know what happened the car after this date we would be very interested to know. It may be under restoration or may have been split up for parts.

Photo credit to Donie. Thanks to Aidan Brosnan for submitting.