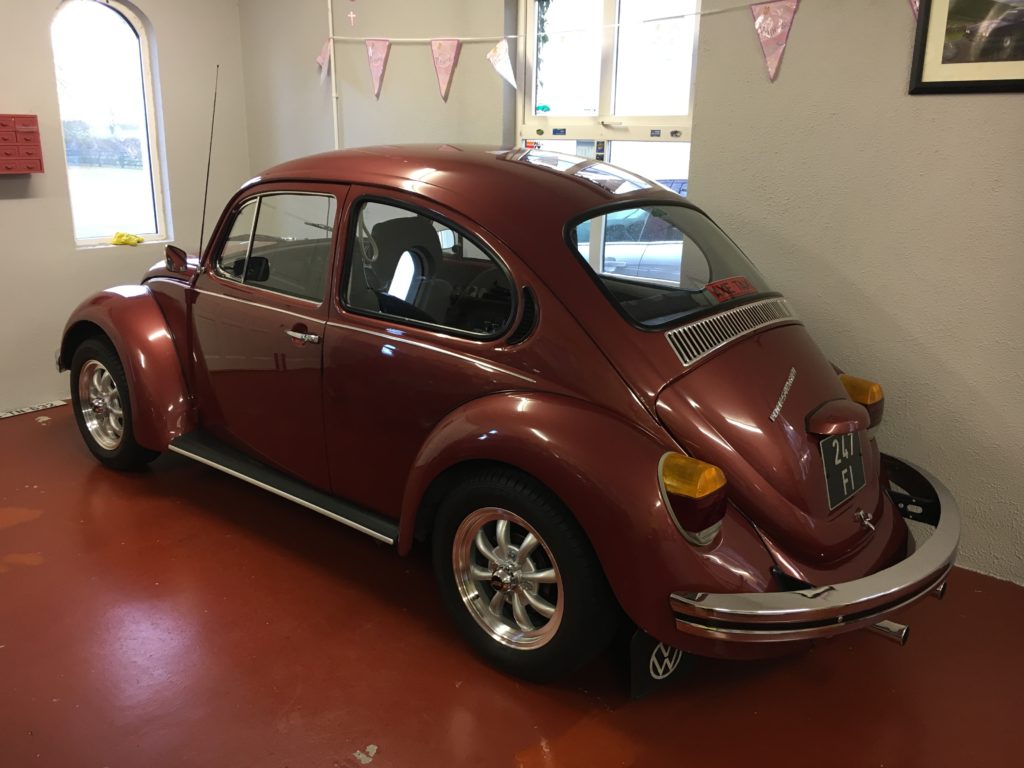 Beetle.ie 15-02-2020: Built in Dublin on the CKD assembly line, this 1200 Deluxe Beetle was finished in Ocean Blue (L57H). It was delivered to Spooner’s VW Garage in Roscrea where it was sold from and registered to its first owner in Tipperary North Riding (FI) in June 1977

Paul Farrelly sent us this photo which he took at an older Eirespares VW show and as you can see this Beetle has changed somewhat since leaving Spooner’s Garage. The colour has changed to a metallic red and the standard wheels with hubcaps are gone and in their place are a set of 5 spoke rims. There also appears to be aftermarket highback seats, maybe Golf, fitted to the front for comfort and maybe safety too. The bumpers look new and it has had new window rubbers all round. This Beetle looks to have been restored to a high standard and we hope it’s still out there being enjoyed all these years later.