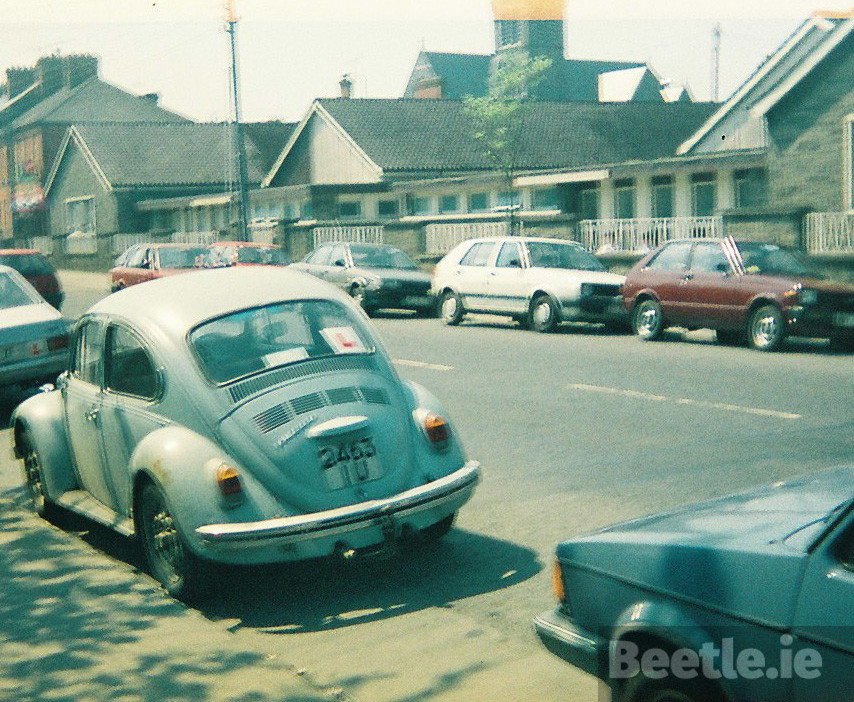 We’re listing these two very special Beetles (2430-IU & 2463-IU) one after the other on the census as we feel it’s only right. They’re both very rare Marathon Beetles, both were built in the MDL plant in Dublin, both sold and registered in County Limerick, both are only 33 car registrations apart and sadly, both are tin cans now!

Unlike the other Marathon Beetle in this twin listing (2430-IU) which was seconds away from being crushed, this particular Marathon was at least still running and being used as an every day car. It also differs from 2430-IU because it was ordered with a 1300cc engine and therefore had the vented engine lid. It also still managed to retain all of its very rare centre caps on its Marathon wheels, unlike its 1200cc sibling which had its Marathon wheels replaced at some point in its motoring life.

I photographed this Marathon Beetle on O’Connell Avenue in Limerick City at some time in the late 1980s.

For more information about these extremely rare Special Edition Beetles, have a look here https://beetle.ie/your-stories/the-marathon-beetle/