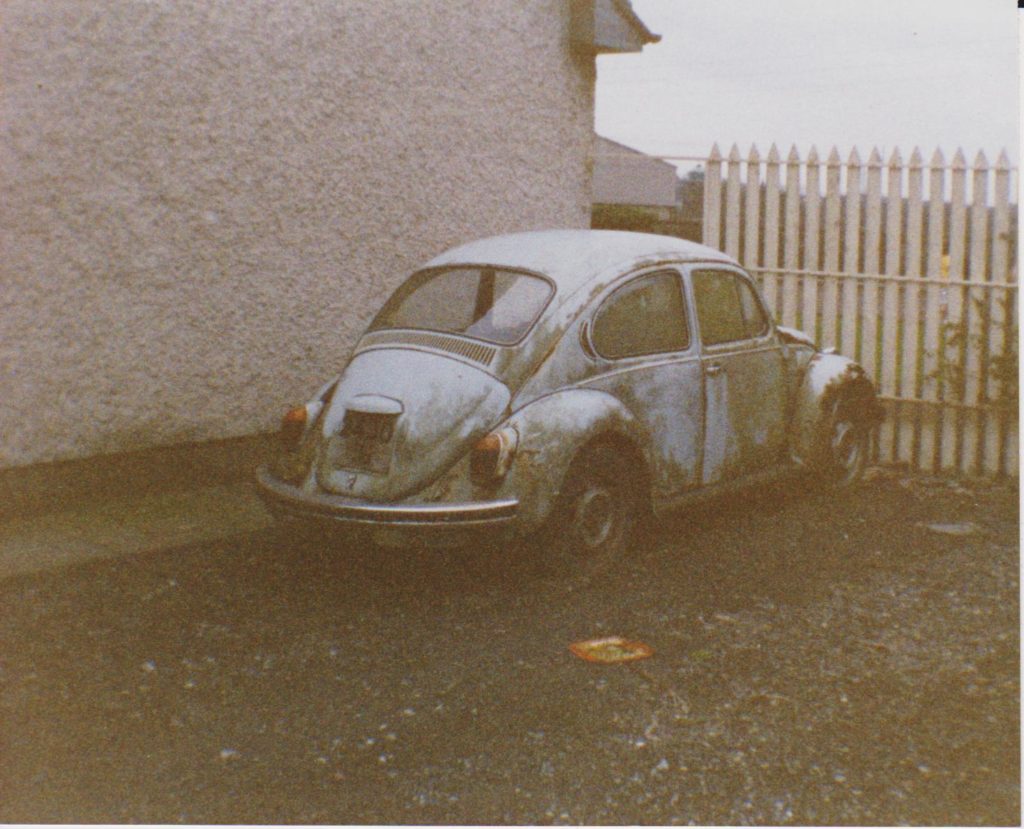 We’re listing these two very special Beetles (2430-IU & 2463-IU) one after the other on the census as we feel it’s only right. They’re both very rare Marathon Beetles, both were built in the MDL plant in Dublin, both sold and registered in County Limerick, both are only 33 car registrations apart and sadly, both are tin cans now!

Believe it or not this was once a Special Edition Beetle called a Marathon Beetle. It wasn’t far from being taken to the crusher when this photo was taken and it still had its rare plaque on the dashboard which to us nowadays is crying shame.

The original and much sought after Marathon wheels and centre caps had long since disappeared so apart from the colour and the dash plaque there was very little to distinguish this from the sea of 1970s Beetles that were everywhere to be seen in 1980s and 1990s Ireland.

For more information on the Irish built Marathon Beetle and how it differs from the European Marathon Beetle have a look here https://beetle.ie/your-stories/the-marathon-beetle/