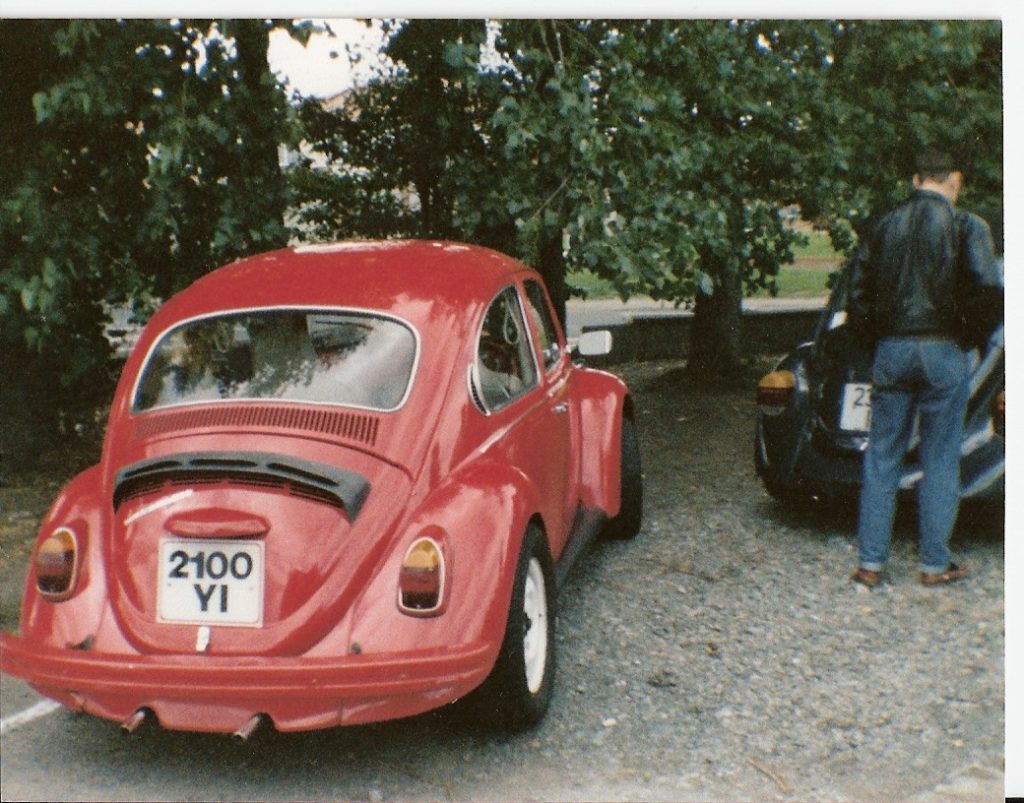 I saw this Beetle at the Leopardstown Inn back in 1989 at a VWOC Ireland meeting.

Back then customising VWs was very basic as the aftermarket shops weren’t here to support a custom scene and it was also very expensive to import parts from outside of Ireland. To get around these issues and to make their VWs stand out form the crowd owners had no choice but to become inventive which is the case here.

Colour coded bumpers and painted wheels all help to separate this 1970 1200 Beetle form all the other Beetles travelling the roads back then. The Beetle left the Naas Road factory wearing its fresh coat of Beige paint in October 1970 but since being sold from Ballsbridge Motors on the 28th October and when I saw it 19 years later, the colour had been changed to red. A vented engine lid, Kamei rear vent cover and highback seats were also installed.

Does this Beetle still exist? We know that it made it into the early to mid 1990’s but after that we do not know. If you do know, perhaps you might let us know and we will update this listing.

UPDATE 16-10-19: We learned last night that the front seats in this Beetle came from a US import Beetle that was eventually scrapped. The wheels came from an Anniversary Beetle. It did make it to the early 1990’s according to what we have been told but after it was sold on the trail dries up.