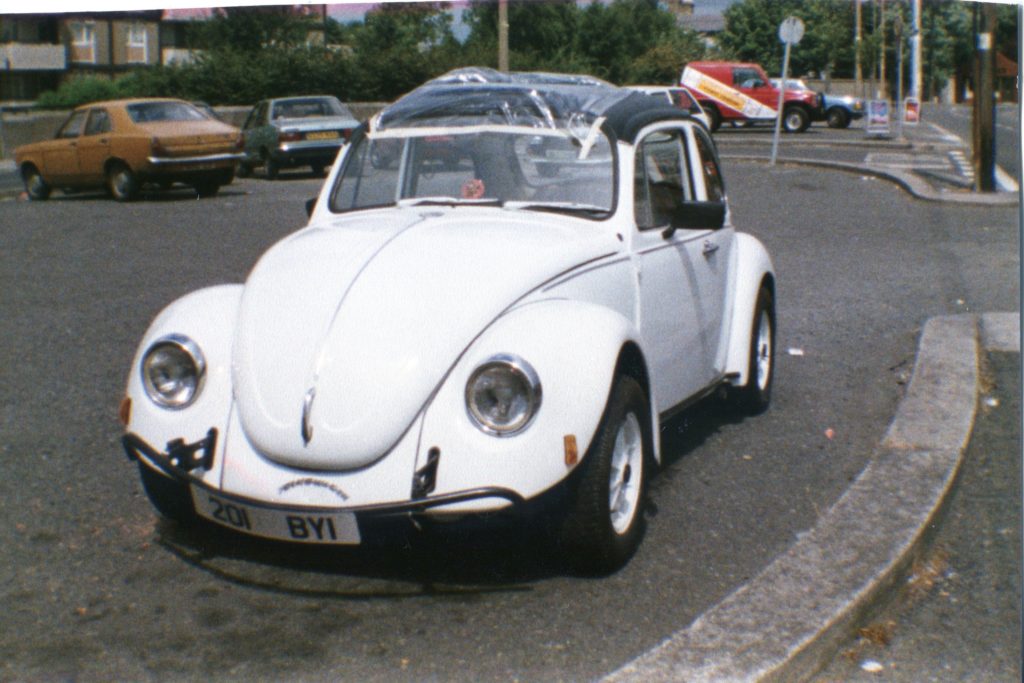 I took this photo in July 1989 while in Churchtown, Dublin. This Beetle had pulled in just before I managed to take my camera out and take these photos. By the time I got up to the Beetle, the driver was gone and I didn’t get to talk to anyone about the Beetle so I went back to my aunt’s house.

Fast forward over 20 years later, October 2011 to be exact, and a gentleman by the name of Alan Smith happened to pop onto the aircooled VW enthusiast forum, Eircooled.com, where I had only just posted these very photos. Alan saw the photos and couldn’t believe his eyes. You see, Alan was not just the owner of the car at the time but he was also behind the wheel that day in July 1989. Alan had this to say when he saw my photos:

“That’s mad!! Believe it or not I was only in Churchtown once in my life with the Beetle and that was the one time! I was dropping my folks of to a cousin’s wedding. Nice snap and thanks for finding it. It’s gone a very long time. I stripped it and had it resprayed metallic graphite grey. I held onto it for about another 2 years but sold it after that as I got hooked on Golf GTIs then. Thanks again!”

This 1976 1200 Beetle Deluxe had been changed quite a lot since it left the MDL assembly line in 1976. It was registered in Dublin in March but we are not sure when it was modified. The vinyl roof, glass pop-up sunroof, homemade bumpers front & rear as well as the Zoom Tube exhaust, 3 spoke steering wheel and the non VW wheels, colour coded to match the car. The handles on the engine lid were a unique addition.

The car wore a sticker from The Old Volks Home so I’m not sure if that’s where the work was carried out or where it went for a service and annual upkeep.