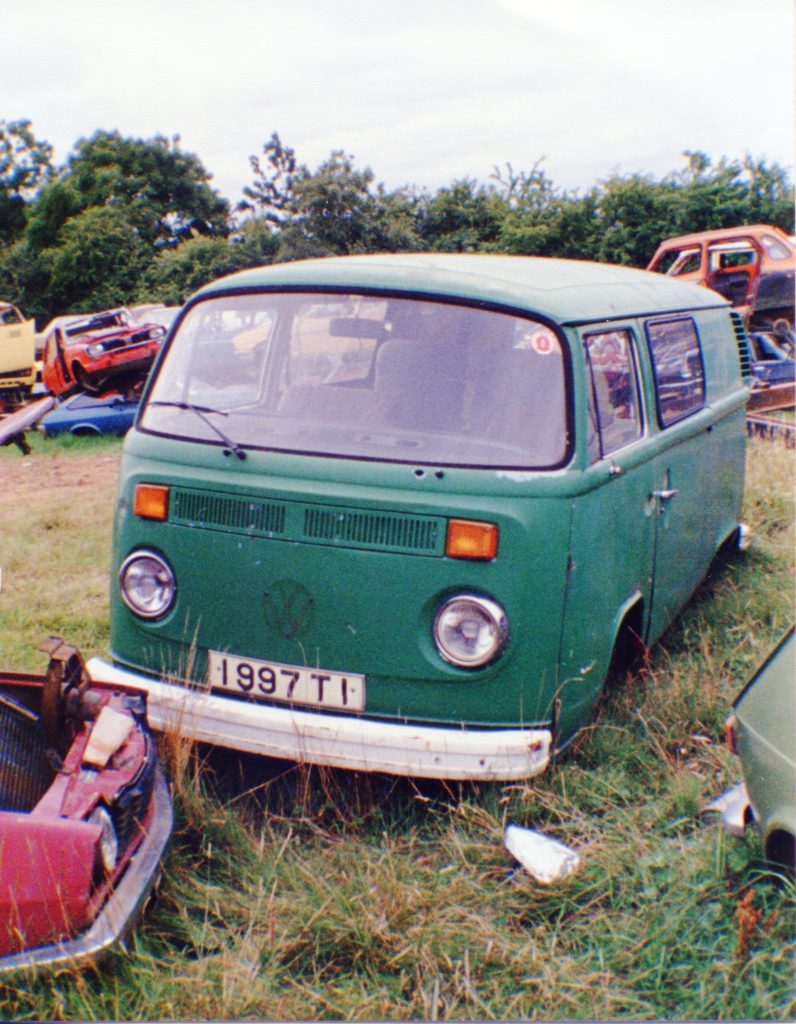 What a sorry sight! A 1977 Bay Window Panel Van that I spotted in Fenton’s scrapyard in Raheen, just outside Limerick City back in 1997. Although painted green, this Panel Van was originally Dakota Beige (L13A)

At some point in its life the ‘van’ had become a crewcab in many ways as windows had been cut into the side panels and a row of seats from an airplane had been fitted. The scrapyard closed after being cleared of all its cars so sadly nothing remains of 1997 TI apart from this one photo.

If this was found today there would be a mad dash to get the money together and buy this ASAP. By today’s standards it was quite restorable but back then there wasn’t the availability of restoration panels that you can get today which is why such a solid Bus like this one was ignored and left to the crusher.

1997 TI was more than likely sold from Frank Hogan’s VW dealership in Limerick City in early 1977 and ironically, to match in with its number plate, it made it all the way through to 1997!

UPDATE 07-07-2020: Thanks to Jack Higgins for sending in the following information. “I can remember this van in limerick. It belonged to the United Drug Company in Henry Street Limerick (Smith’s Toy shop).They ran a fleet of VW vans”