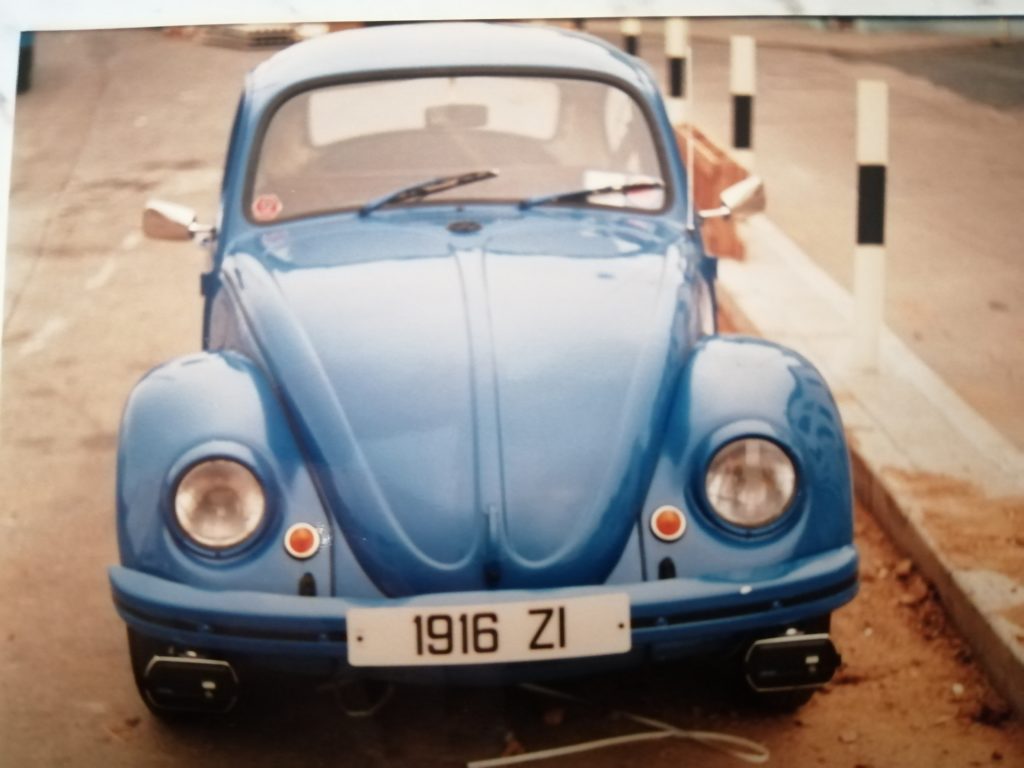 My first car which I passed my test in. I got it dechromed for a bit of a cal look, one piece windows etc. I drove it in the St Patrick’s parade in the early nineties made up as a clock work clown car. Sadly the camera roll got damaged so no pictures from the day. I traded it in for an orange lhd 73 1303. I was passing the garage I traded it in to a few years later and stopped to see if it was there, but the owner said a lad bought it for a trike conversion.

Beetle.ie: Thanks Colman for submitting your old Bug to the Beetle.ie Census. We actually have an old change of ownership form in our records for your Beetle stating it last changed owners at the end of September 1989 so I don’t know how that timeline relates to your information above. What we also know is that your Beetle was assembled in Dublin and left the assembly line as a Gentian Blue (L51B) 1300 Beetle Deluxe at the end of February 1973 before being sent to Ballsbridge Motors.