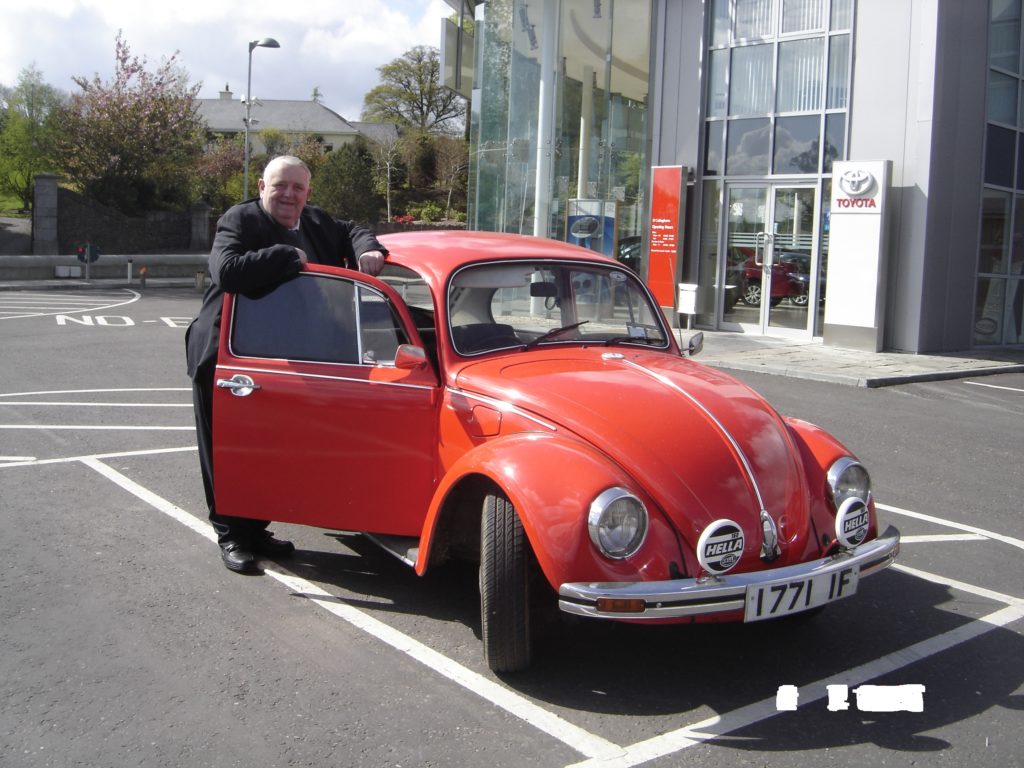 This Beetle was built in Dublin and then delivered to O’Callaghan’s of Kanturk VW dealers. The owner of the garage, Paddy O’Callaghan, then sold it to a man in Rathmore and then subsequently it moved to his brother in Co. Galway. It may have changed owners subsequently before Paddy eventually bought it back to form part of his collection.

Paddy then sold this Beetle in 2004 and it underwent a body off restoration and repaint over a 2 year period. It had its original engine but this was changed in 2017 for a low mileage one.

Beetle.ie: In the photo that the current owner supplied you can see the late Paddy O’Callaghan standing proudly beside the Beetle after the current owner had completed the restoration. We have seen this Beetle at many shows around the Munster area of Ireland and we would be very confident that Paddy would be very proud to know that the owner really takes care of this Beetle, a Beetle he sold new in 1974.