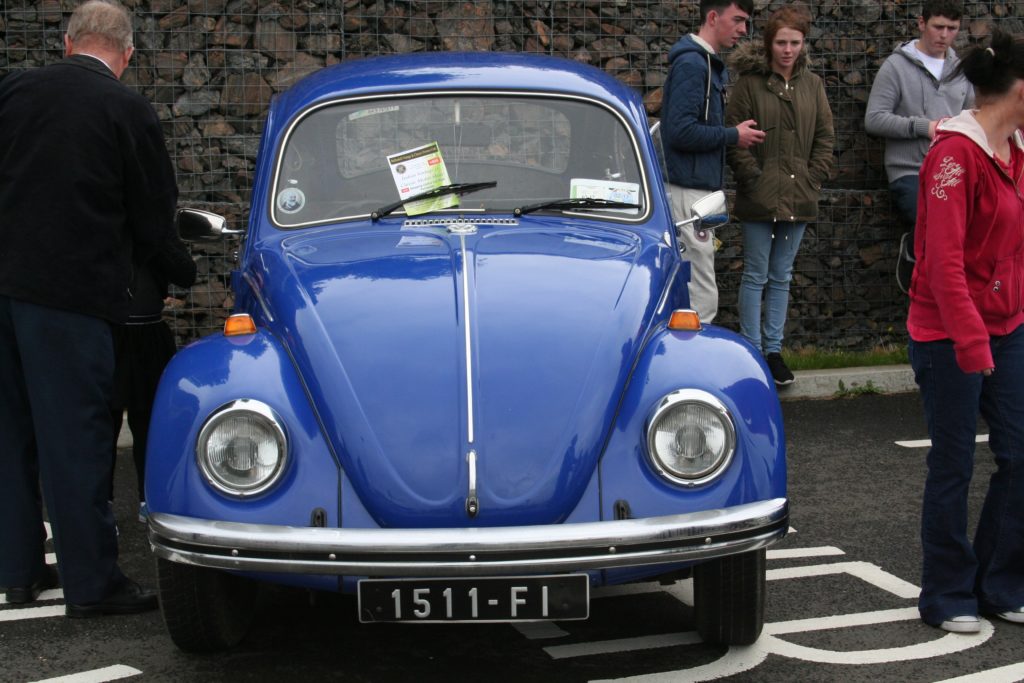 I spotted this 1972 Beetle at the Obama Plaza Show in July 2016. It was looking fantastic from across the line of cars on display so I had to head over and take a closer look.

It’s a lovely straight and original looking Beetle and is well looked after. The pop-out windows are a rare accessory and really do add to the drive in a Beetle, allowing the air to flow through the cabin with ease. Other accessories include front and rear stone guards, finger plates and bonnet vent trim.

The Beetle was imported into Ireland at some point in the 1970’s but as was often the case back then, it may not have been registered until a later date, or until the local Garda stopped you more than once and, saying your full name and reminding you through a question that he was sure he had stopped you before over this and that he was sure he asked you to get it sorted then too. That was usually the point cars were registered!

Now, the truth may be very boring and not like that at all but you never know. What we do know is that this 1972 1200 Beetle was actually registered in North Tipperary on January 9th 1978. After that? We don’t know but we’re hoping someone will enlighten us as to who owned it, what it was used for and maybe a story or two from that time.