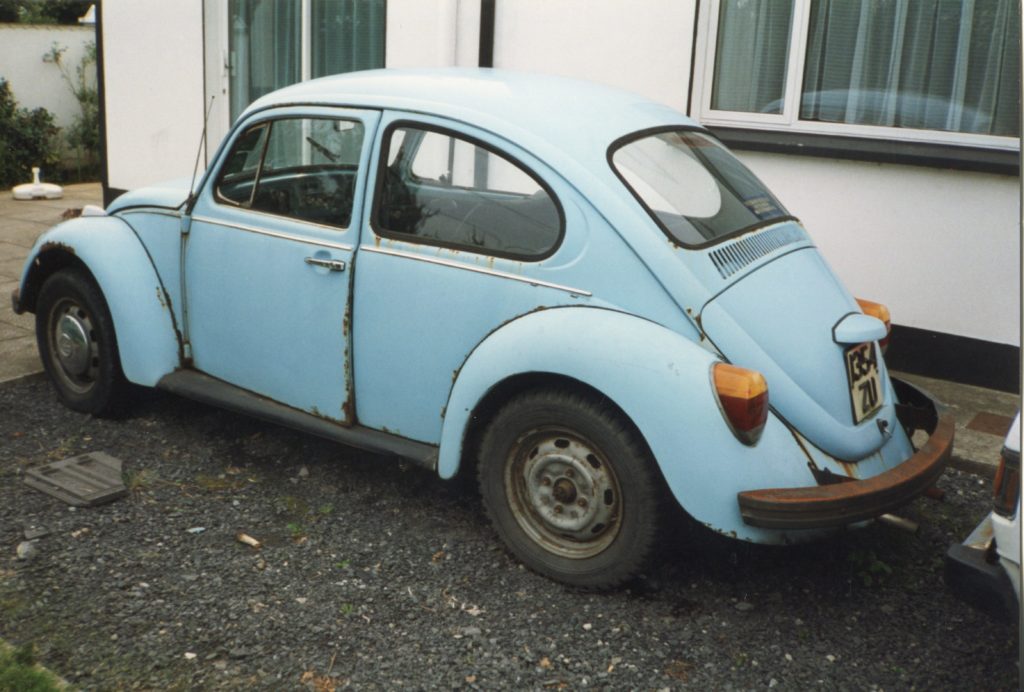 This neglected Miami Blue (L51C) Beetle was just that, neglected and as far as I know it never made it back onto the Irish tarmac which is a shame because it is, or was, a 1200N Beetle. These 1200N or Base Model Beetles were the cheapest of the Beetle offerings at the time and as such were not valued in the same way the Deluxe model was, and still is. These Beetles became work horses and once their purpose was served they were scrapped. Often seen as mechanical parts donors for Deluxe Beetles, they were the first for the scrapheap in the sky sadly. As a result these 1200N Beetles vanished as quickly as they came onto the market, with the result that now, to own a Base Model Beetle is bordering on unique in the vintage Volkswagen scene.

Despite looking very similar to the more expensive Beetle Deluxe, the 1200N Beetles had a host of unique features. The downside to that of course is that they are hard to restore to 100% factory spec as original spares are not as plentiful as the Deluxe. The upside to that is that if you are fortunate enough to own a genuine ‘poverty spec’ Beetle, you have quite the prized treasure parked in your garage.

That’s quite a turnaround for these no frills cheaper option Beetle!