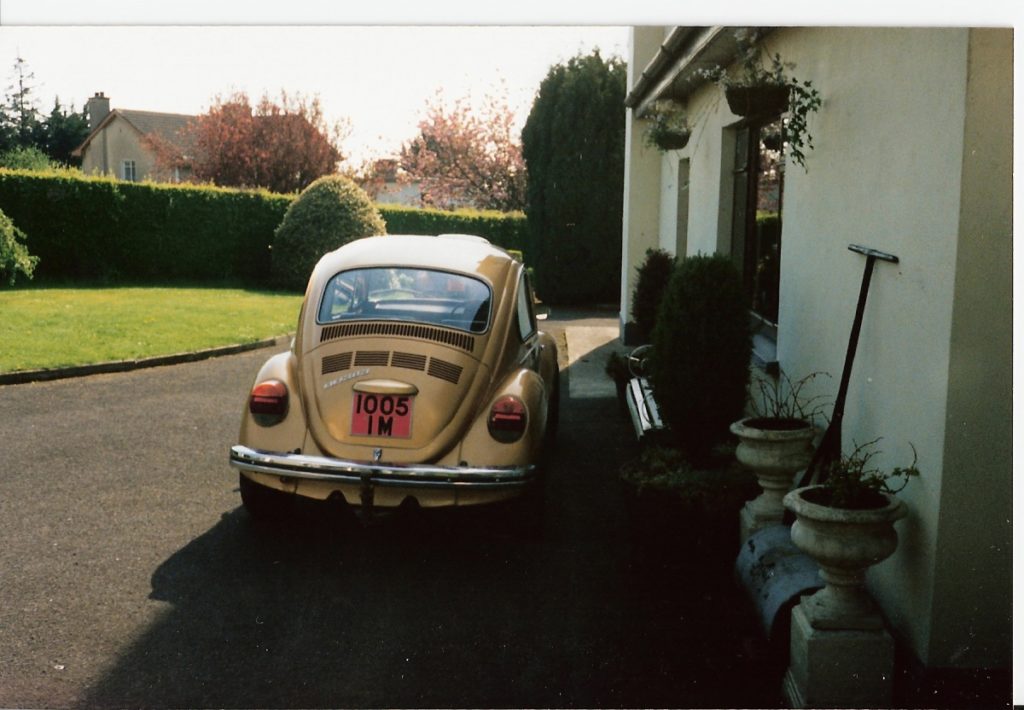 A gold 1973 1303 Beetle that was first registered in Galway back in February 1975 after being imported from the UK.

It found its way to Limerick in the early 1990’s where it was pampered by its owner until he moved to Dublin and couldn’t take his collection of VWs with him. It was then bought by another Limerick man who used the car sparingly as he worked abroad for long periods. Often the Beetle would be left in the car park of Shannon Airport for extended periods of time but would always fire up for the owner when he returned, well, almost every time. As the long stays abroad extended the Beetle was put up for sale and it found its way back to Galway once more. It was there until a number of years ago when it was once again offered for sale. I do not know where it ended up or if it even sold.