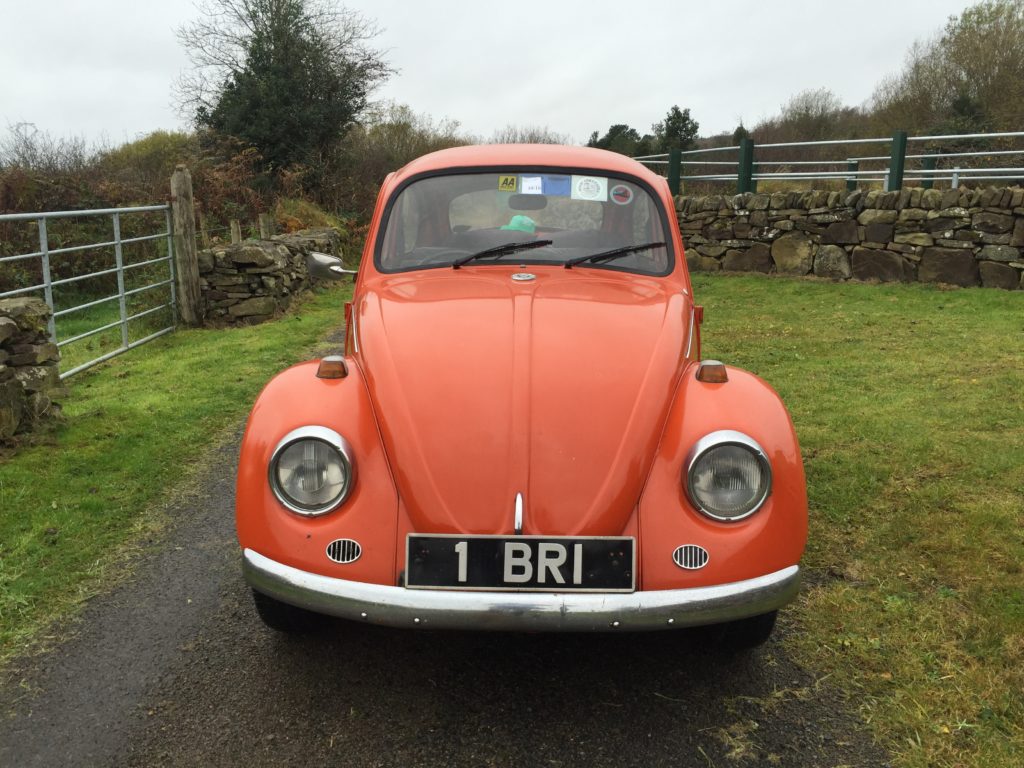 I took these photos in November 2016 in Boyle County Roscommon when 1 BRI was being offered for sale.

This Beetle was originally bought in the UK by an Irish man living and working in the Swedish embassy in London who brought it back to Ireland when he moved home to Dublin. The Beetle was registered in August 1974 with its new Dublin registration 1 BRI, much to the dismay and horror of his work colleagues. You see, the owner worked in the Swedish embassy that was alongside the English embassy so they saw it as 1 BRIT. Probably not something you wanted to have on your car when working in an embassy in the height of the troubles.

The Beetle remained in the same family, attending many shows over the years like Kilcommon in Tipperary before being sold in 2015 to the new owner in Boyle.

At the time 1 BRI was in excellent condition but did require some TLC in the form of a new clutch and of course, some rust repair, mainly the heater channels. Other than that, this Beetle had retained much of its original charm and character. It’s a Base Model or 1200 (as advertised in the UK) so had the earlier blade bumpers, front valance, short headlining, no through-flow ventilation, non padded steering wheel and earlier 6 volt rear lights. These Beetles are now becoming quite rare as many were modified over the years as they were seen as the poor relative of the Deluxe Beetle.