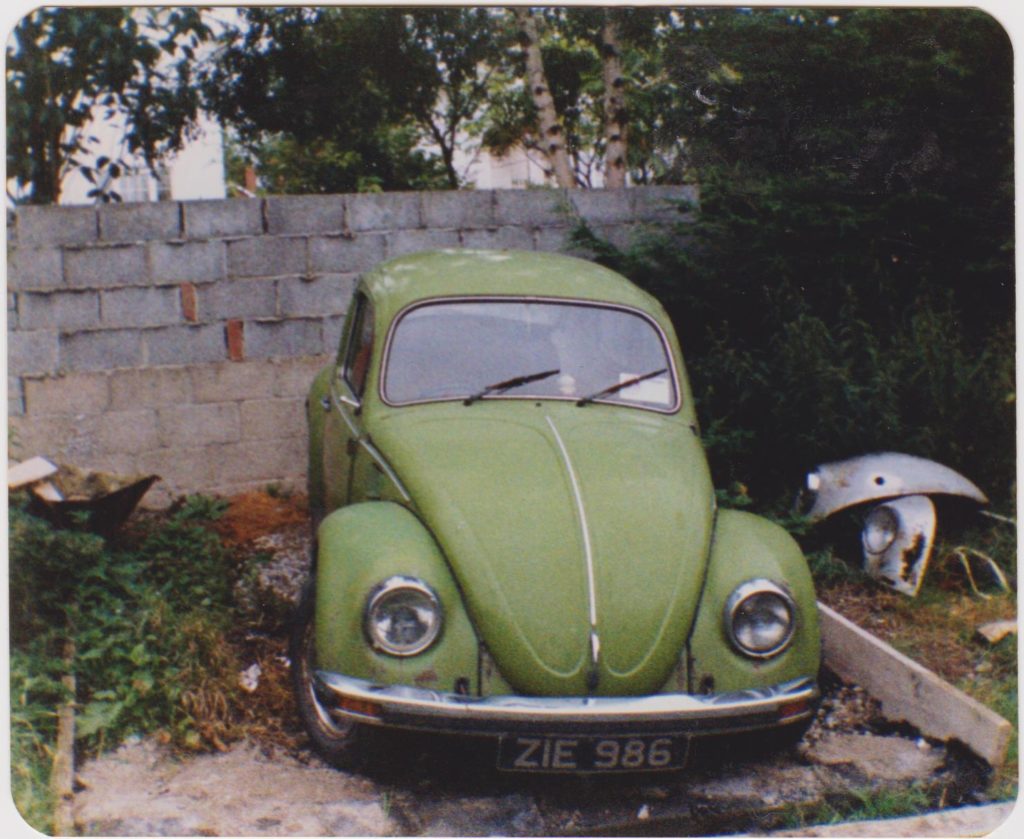 This wasn’t my first Beetle but it was the first one I insured and drove (legally) on the road. It had been owned by a security company in Shannon Airport before being bought by my neighbour who was a local Garda. I bought it from my neighbour from Liam Shanley in August 1992, stripped it back and painted it red because I thought Lofoten Green Beetles were not cool……….and now I can’t find a genuine Lofoten one to buy anywhere 🙁

To make sure I was the coolest kid on the block I tinted the windows……myself!!!! It looked hideous with bubbles everywhere 🙂

I eventually couldn’t see where I was going so removed the tint and refitted bumpers. I ran it like that for a while before adding banded rims I spray painted white. The Saab 900 seats were the comfiest part of that poor old Beetle but when the driver’s seat fell through the now rotten floor it was out to a mate’s house whose dad mocked up a temporary floor out of aluminium.

I drove it like that for many more miles all over Ireland before it caught fire one night near my house. It was then I realised I needed a more solid car and thanks to George Campbell of Camvolks, I got a good ‘un!

………….Still, there’s nothing like the memories of your first car!