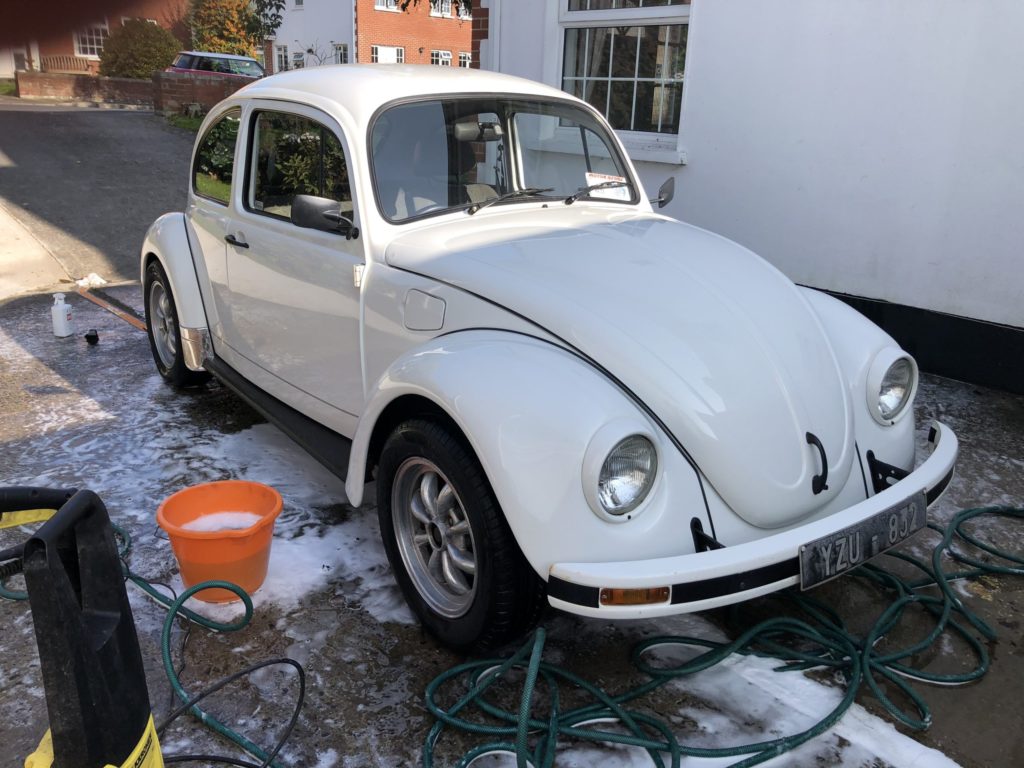 This bright white Beetle is one that I bought myself in early 2020. I was lucky to find it as it is a Mexican bodied Beetle that has had only one owner since it was imported in 2002

The previous owner was a member of Southern Volks Folks Owners Club of Ireland and back in late 2001 and early 2002 he was looking for a reliable Beetle to use every day so he contacted Emilio’s Beetles. At the time, Emilio’s Beetles were importing full Beetles as well as individual Beetle bodies from the UK importer, Beetles UK who in turn ordered them directly from the Mexican factory so Emilio’s Beetles was the place to go to if you wanted a brand new, direct from the factory, Beetle.

Andrew spoke with Emilio and in a very similar way to how you would order a new car today, Andrew requested a new Beetle in white with the 1600 fuel injected engine. He wanted EMPI 8 Spoke rims to be fitted but he didn’t want a 02-D-????? registration so it was agreed that when the new car would be imported that the zero miles body would be placed on a restored Irish chassis, in this case a 1970 Dublin registered chassis meaning it retained a more vintage look, plus the lower road tax and no NCT. The restored chassis would also take all of the mechanicals such as the 1600cc fuel injected engine, the disc brakes and upgraded gearbox etc. Effectively, this was a brand new Mexican Beetle with the exception of the old Irish registration; the best of both worlds!

When Andrew’s new Beetle was ready, a Beetle that he described as being as close as he’d ever get to having a brand new Beetle as he could get, he wasted no time in getting behind the wheel. The drive and fit and finish were just like a new car Andrew said. Everything was tight and fresh. There was no rust or issues you might expect from an old car and it smelled like a new car. The fuel injected engine was better than he had hoped as there is no need for points so it fires up on the first tip of the key and it drives like a modern car.

At the beginning of his ownership, Andrew used his Beetle to go to work and small drives and when his children arrived it was used to take them to the creche and home. As the children got bigger a Focus was bought as a family car but the Beetle wasn’t sold, instead it was used for sunny Sunday cruises only. A move to Germany for four years saw the Beetle go into Andrew’s grandmother’s garage which, being attached to the house and housing a boiler meant the Beetle was dry and free from dreaded rust.

The total mileage on the Beetle is now rolling over onto just 27k miles and it still feels tight and new. The original paintwork is in amazing condition and holds a shine like you would expect a car that has been pampered all its life to do. There are a few small marks but nothing that can’t be sorted out.

It’s a pleasure to drive thanks to the fuel injection and it comes with creature comforts like heated rear window, intermittent wipers, a working heater (a big deal in a Beetle!) and a CD player. All 2002 Beetles came with modern Golf like seats and cloth upholstery which are very comfortable.

Since getting the Beetle I have fitted new tyres all round and given it a clean but I will be giving it a thorough clean and valet to bring this Beetle back to how it looked back in 2002. Mechanically, the 1600cc motor will be serviced and given the once over to ensure it will last for many years ahead.

So what of the original 1970 chassis. Well, ironically, YZU 832 was also a white Beetle originally!

Assembled in Dublin in January 1970, this 1200 Beetle Deluxe was finished in Toga White (L90C) and sent to PJ Woods VW Dealers or the Central Garage as it was also known. In February 1970 it was sold to its first owner who was in Drumcondra in Dublin, hence the YZU registration. After 15 years of happy reliable ownership the Beetle was sold to its second owner who funnily enough was also based in Drumcondra. After 2 years with this owner the Beetle then found its way to its third owner, also in Dublin but this time in Perrystown. It was in Perrystown that Emilio spotted the now forlorn Beetle resting in the owner’s driveway. It had been painted burgundy and was a little rough around the edges. After a number of years Emilio was able to buy the Beetle, which had now been sitting in the owner’s driveway all that time. This was 1997 and the price paid was £100. Not one to scrap a Beetle just because it was a little too rusty, Emilio kept YZU 832 in his storage unit until a decision was made and that decision came when Andrew was ordering a new Mexican Beetle body in 2002 and was looking for an Irish chassis to put under it. YZU 832 was rolled out and the old body was removed. The chassis was restored just in time for the arrival of the new Mexican body and the zero miles mechanicals. Andrew happily took delivery of his new Beetle in June of 2002 and he proudly drove YZU 832 until I bought it from him in the summer of 2020.

UPDATE 26-10-2021: I sold this Beetle to a VW enthusiast who loves it but due to circumstances beyond his control, he now has to sell this beautiful Beetle. It’s the perfect Beetle to get you into the VW scene if you are looking for your first one and it also makes the perfect Beetle to have if using a Beetle every day is your goal. The fuel injection and modern mechanicals make it so easy to drive and to live with. Ask anyone who owns or runs a Mexican Beetle or a Beetle with Mexican underpinnings and they will agree. Keith is asking just €10,500 for his immaculate Beetle so if you fancy a slice of Beetle fun get in touch. 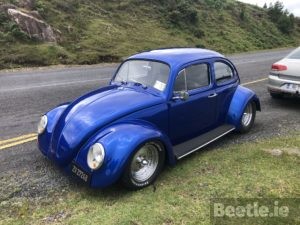 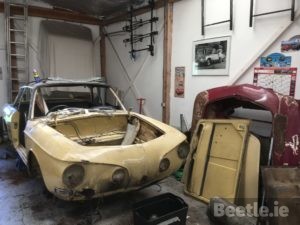 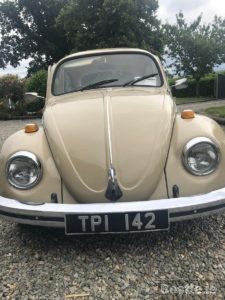 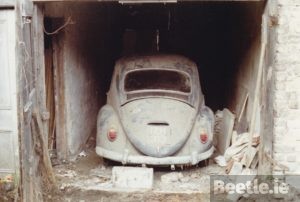 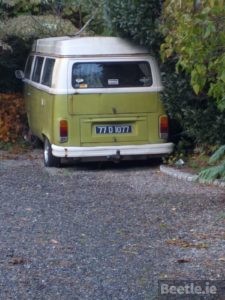 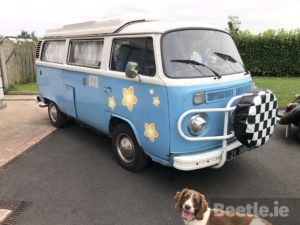