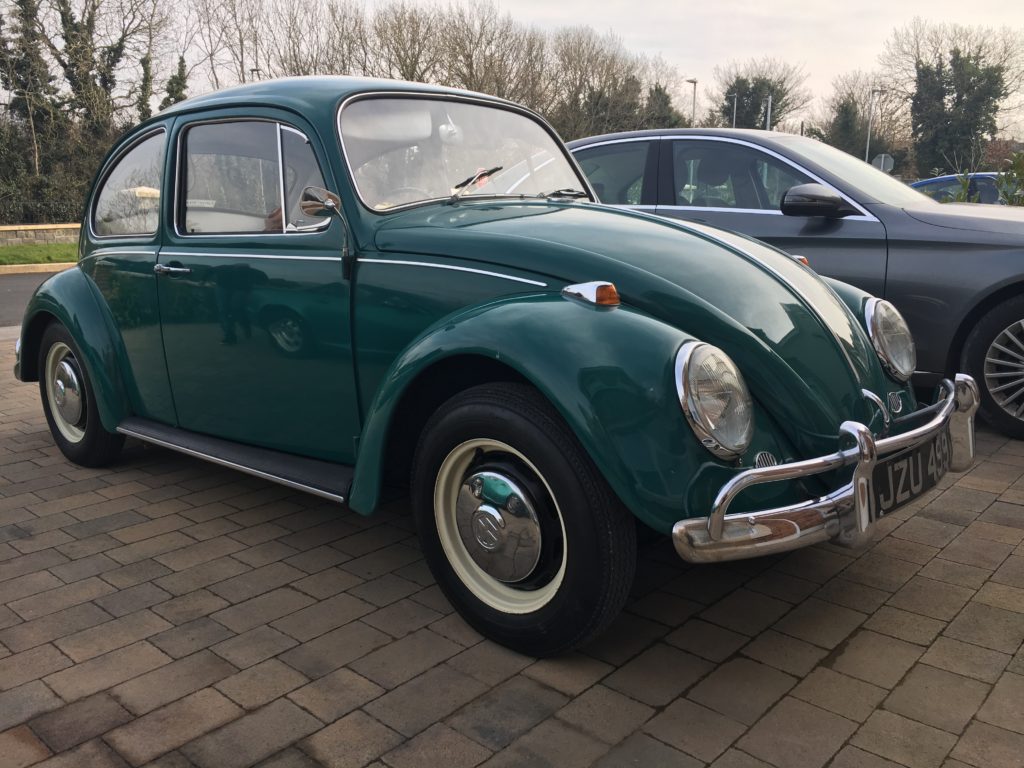 JZU499 An incredible 1 registered owner until now, unrestored, never welded original paint 1967 VW 1300 Beetle. Originally purchased in the U.K. by the first owner, the car was brought into Ireland 2 years later in 1969, where it remained on its U.K. plates until c. 1970/71, yet was still taxed on an Irish tax disc with the U.K. registration. From what I’m told, the story of the car is that in 1982, the original owner decided to sell the car and it was bought by a man who originally worked on the car as a mechanic when the owner had the Beetle serviced in Motor Distributors, Ballsbridge in Dublin. By 1982, he had his own garage in Dalkey, Dublin and he put the car in a small showroom beside the garage where it remained until his retirement this year. The car was kept in the heated showroom and polished on a regular basis to keep it well preserved. It was also started regularly to keep the engine turning over but it mustn’t have been driven much though because the current mileage is reading less than 33k miles.
Along the way the car has picked up the odd scrape and scratch and has been over-polished in certain areas but the decision has been taken by the current owners to preserve the car exactly as it is. The interior of the car is, as you would expect of a 33k mile Beetle, like new! The very happy new owners tell us that the car will now be driven on a more regular basis to keep the engine ticking over sweetly. A car can be restored many times but will only ever be original once.

Thanks to the new owners for submitting the story of their pride & joy!