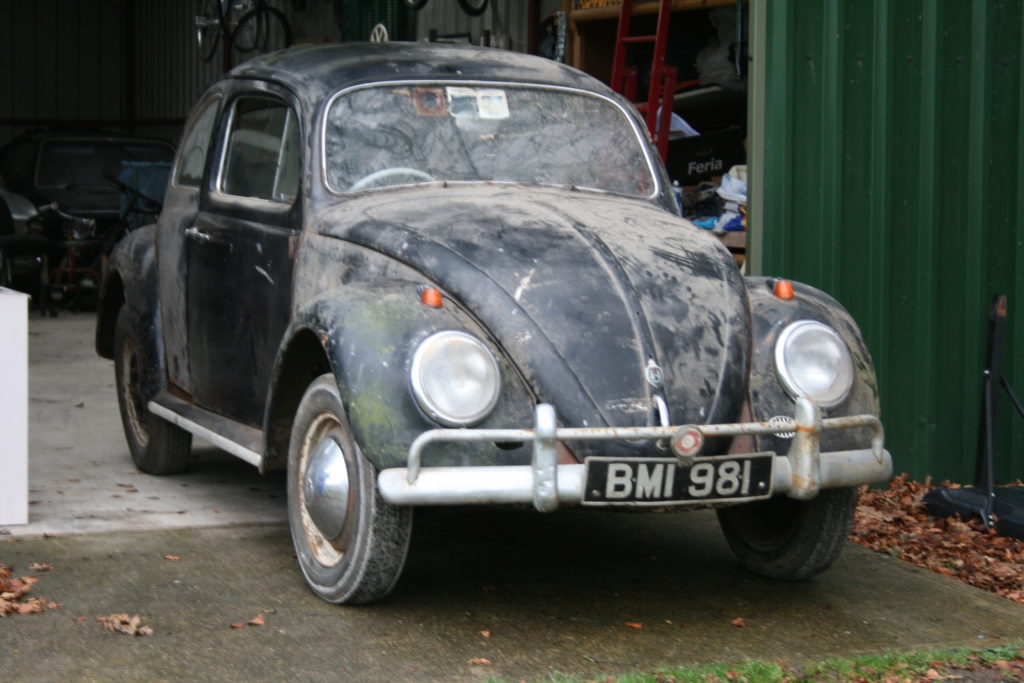 I’ve known of this beetle for over twenty years but only took ownership about six years ago, it’s a 1962 beetle with all the usual issues you would expect with an Irish car of that era. Some would say a candidate for the crusher but I would like to save it as it’s an Irish assembled beetle, two owner (on the book), original engine, 67k mls and supplied by the main vw dealer in Gorey.

The second owner started to restore the car about 20 yrs ago and it has remained on shelves & in boxes ever since. Soon after buying it I pieced it back together but stripped back down again in prep for a full restoration.
The original owner died in the eighties so i’m relying on the second owner for most of the early history.

In 1988 the second owner who is from Enniscorthy bought the car, he drove the car to local car shows between 1988 and 1999. The car was parked outside for most of this time so by 1999 he decided to take it off the road and restore it.

I kept in touch with him over the years and in 2012 he, and a friend who was restoring it, decided to let it go.

I had it blasted two years ago which revealed the true extent of work required. I’m hoping to complete the restoration in the very near future.