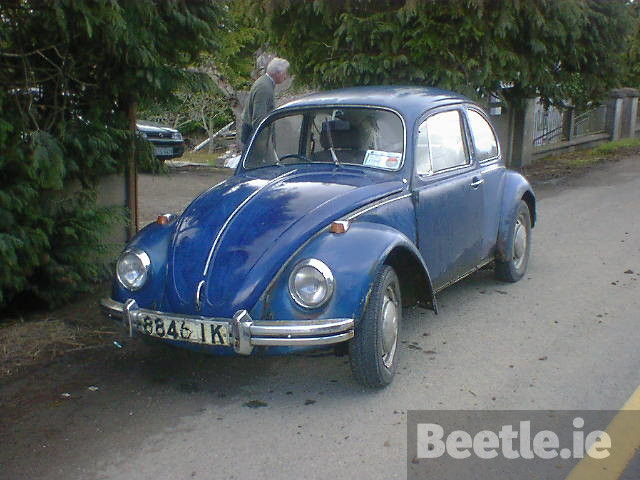 Back in the early 2000s, I had a job that involved me driving around the country quite a bit.
While on one of the roads out of Mallow in April 2004, I spotted this time-worn old Beetle beside the road. I stopped to take a photo, thinking it was sitting there a while. The farmer who owned it appeared and told me it was still his daily driver!
The 1970 Dublin reg 1300 Beetle was still in active service, at 34 years old! The poor old girl had seen a hard life and was battered and scarred but she was soldiering on valiantly! The bumper over-riders appeared to be there since new but the driver’s seat had been replaced by one from a more modern car, as seen by the headrest. The running boards were both long gone but all four of the original hubcaps survived!!

I wonder where the old dear is now? The Beetle that is, not the farmer!!!