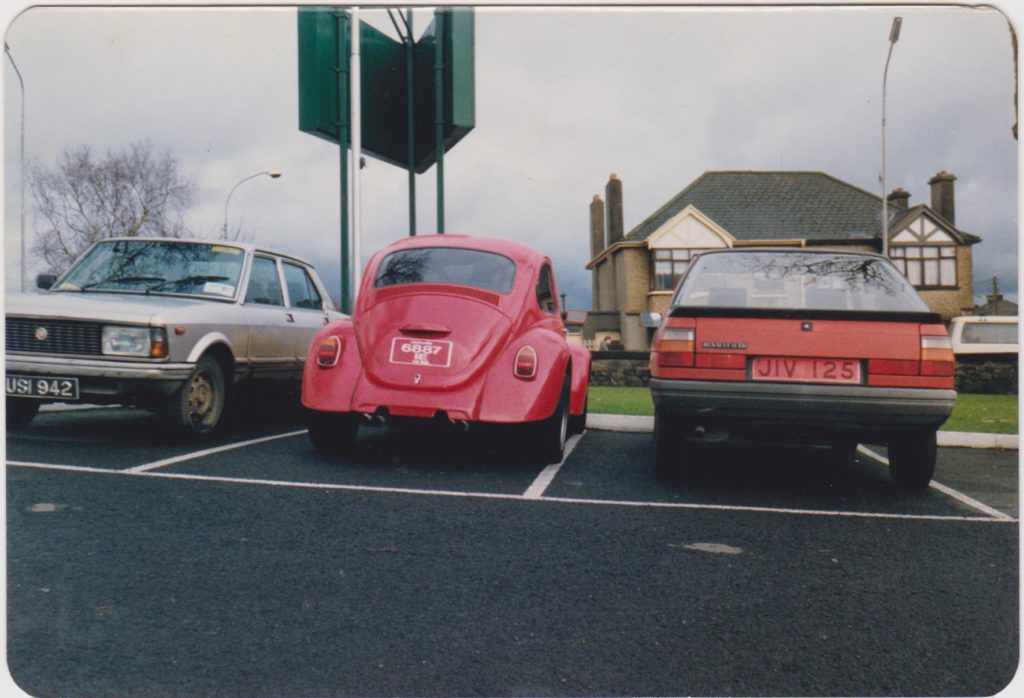 This Beetle was bought and modified by Ken O’Brien in Limerick around 1990. The larger photo shows Ken’s Beetle parked in the car park of old Jury’s Hotel (Strand Hotel) Limerick car park 2nd March 1991. Ken would park his Beetle here all day as he worked across the bridge in the city centre.

I was a back seat passenger in this Beetle on many occasions while Ken and Lorraine would bring me along to the local VW cruises. Ken didn’t have a stereo fitted so would have a boombox in the back seat. Hitting the famous rally section in Clare called Corkscrew Hill on one of these runs Ken decided to power slide his Beetle on the bends. He did it so fast that when the tyres finally got some grip, the Beetle straightened up too quickly and the boombox shot across the back seat, took flight and hit me in the head!

Sadly it was last seen in a scrapyard looking down on its luck!

NOTE: Thanks to Johnny Moore for the information