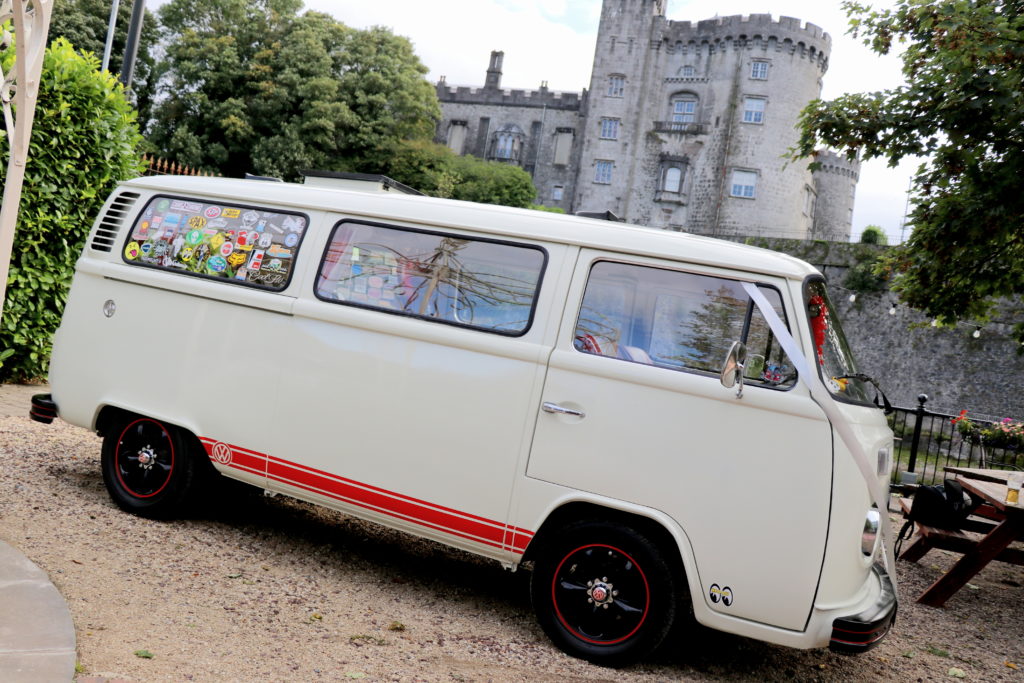 655 UZH is a Irish reg 1979 panel van purchased by RTE new and immediately sent to a company called Par Fit in Cloughran Dublin who who specialise in custom conversions. Their conversion included shamrock etched glass in the sides, custom fibreglass interior panels, fresh air scoops front and rear and a square hatch in the roof approx 2ft by 2ft to name but a few modifications.

RTE held ownership of the van until 1993 until they sold it into private ownership. I still have the original brown logbook and I am the 6th owner since then.

Many of the original oddities of this van have disappeared over the years but I have been trying to recover it’s full history since I bought it in 2011.

The van had been painted Matte green when I bought it and had no interior whatsoever. I learned to live with it’s colour until I asked my good lady to marry me in 2016. The decision was made then to have it as our wedding car.

Restoration started in November 16 and the wedding was the following September. Well over 1500 hours were put in between myself and a buddy over these 10 months which along with full time jobs meant that year is a complete blur. The van made the big day and is definitely part of the family.